Crescent Crown is the premier craft beer distributor in the state,” said Anthony Canecchia, Owner and Head BrewMaster of SanTan Brewing Company. “The partnership represents a pairing as perfect as pizza and pilsners.

Crescent Crown Distributing is the fifth-largest distributor in the country, featuring products from Miller, Coors, Corona, New Belgium, Alaskan and several other brands in its portfolio. Crescent Crown employs more than 600 people in the Valley.

“Crescent Crown is very excited with this partnership,” said Joe Cotroneo, Executive Vice President and General Manager of Crescent Crown Distributing. “Local is in with craft beer, and SanTan is at the forefront, making great beers that more local consumers will get exposed to and enjoy. We are excited to play a role in making SanTan a very familiar name amongst Arizona beer enthusiasts. Our future together is as bright as their award winning Hefeweizen.”

Excerpts from: http://beernews.org/2010/07/santan-brewing-cans-to-debut-as-brewery-announces-distribution-partner/
Through it’s World Class Beverages’ division, Crescent Crown has set up a special website for craft beer enthusiasts to find their favorite beer’s through “Beer Spy”. Beer Spy tells people where every beer they sell is available for sale. Simply find the beer that you’re looking for in Beer Spy, then enter your own zip code to find a retailer near you. The website is mobile enabled so that people can use Beer Spy with their iPhone, Blackberry or Android devices. www.worldclassbeverages.com

The distribution deal coincides with SanTan’s facility expansion, which includes the installation of a Cask Automatic Canning System. They began canning their HopShock IPA and HefeWeizen and plan to expand with Epicenter American Amber and Devil’s West Coast Pale Ale. SanTan’s six-packs are held together with bright plastic toppers that complement the colorful cans. 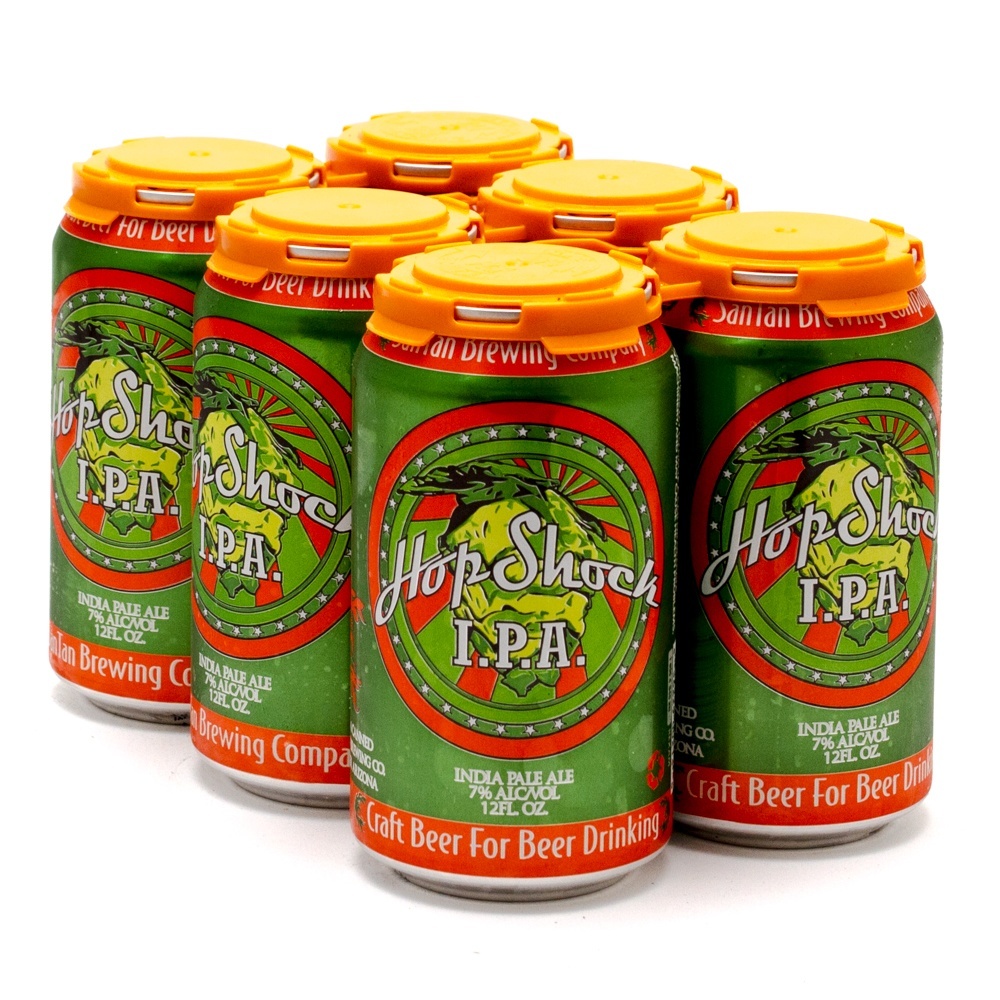