The hand-canned beer (named after the male leaders among Mountain Gorillas) is a unique version of American-style pale ale made with grains of paradise. Grains of paradise are an African spice that is a vital part of the mountain gorilla diet. In addition to adding flavor to beer, research shows the spice aids in reducing heart disease in these highly endangered apes.

Our goal with this beer,” Wynkoop head brewer, Andy Brown says, “was to put a unique twist on the American pale ale style. The grains of paradise provide an extra layer of flavor and give the beer a lemon-pepper like finish.

Ruth Morris Keesling founded the MGCF in 1985 at the request of the late Dr. Dian Fossey, the pioneering gorilla researcher and subject of the movie “Gorillas in the Mist”. Fossey was murdered by gorilla poachers in 1985 while conducting her research.

Frank Keesling (Ruth Keesling’s son) now heads up the MGCF and its efforts in Uganda, Rwanda and the Democratic Republic of The Congo. Keesling says that beyond its flavor, the beer provides other pluses for retailers and beer lovers.

“Retailers,” Keesling notes, “can provide a unique product to their customers and reap the goodwill that comes from supporting gorilla conservation. Beer lovers can enjoy a great beer and help an endangered animal at the same time.”

Wynkoop also partners with the MGCF on the annual Denver Gorilla Run each fall, the MGCF’s primary annual fundraiser. Last year’s run set a Guinness Book of Records high mark for the “most number of people dressed as gorillas”, when 1061 people took part in the run. It raised over $70,000 for the MGCF.

Today there are only an estimated 740 mountain gorillas alive in the wild. None are in captivity. The numbers have been slowly increasing thanks to the work of the MGCF and its allied gorilla-protection partners.

This is the second hand-canned beer for Wynkoop Brewing Company, joining its flagship Rail Yard Ale in cans. Wynkoop is now self-distributing these beers and the brewpub’s other draft beers to retailers in the Denver area. The beers are canned one can at a time on a tabletop machine from Canada’s Cask Brewing Systems. 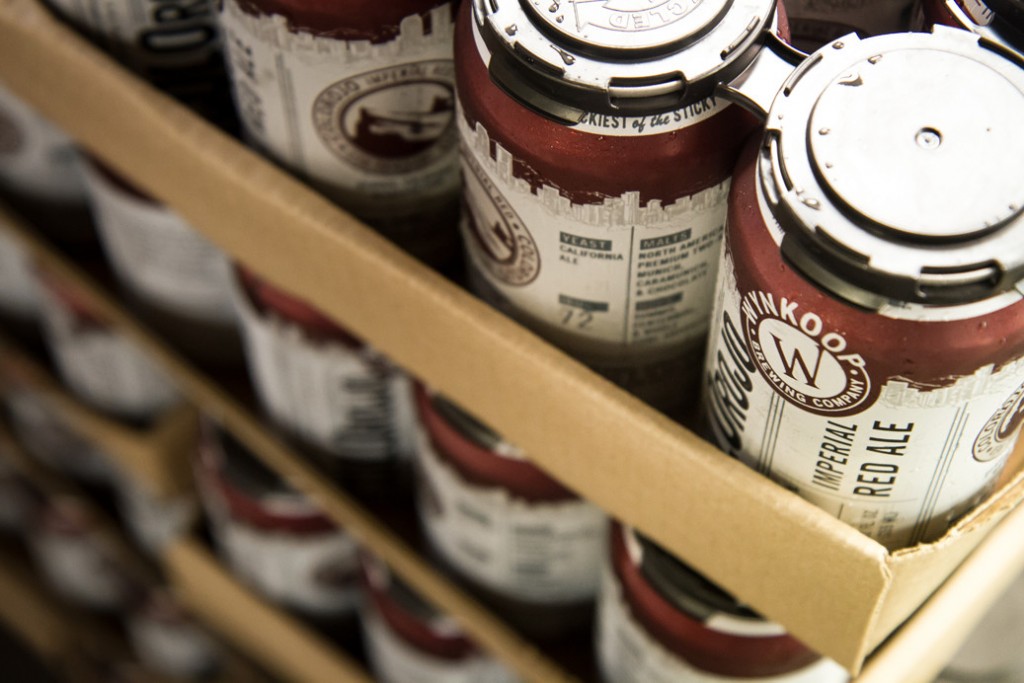