Inverse.com: Humans Have Built a Wonder Machine That Cans Beer Twice as Fast

Cask Brewing Systems has made suds production quicker. Rejoice all.

Reached via phone from Calgary, Canada, Peter Love calmly fields my pointed questions about how he doubled the speed of his fastest canner.

Well,” the founder of Cask deadpans, “we put two can seamers together.

Surely it isn’t all that simple, but Love is remarkably to-the-point. (Seamers, by the way, seal the can’s top to the rest of the body, encasing frosty brew inside.) He should know, though, as his Cask Brewing Systems invented canning microbrews.

The ACS X2, as it’s known, got its start when Cask was asked, almost ironically, by beer behemoth South African Breweries to do a project with Ball Corporation for screw-top aluminum bottles. The resulting machine paved the way for the X2, which cans more than 75 cans per minute and 190 cases per hour. Here’s the straight, technical dope from the press release:

Cask’s ACS X2 (Automatic Canning System X2) has 10 CO2 pre-purge heads, 10 fill heads, and two can seamers. That is twice the pre-purge, filling, and seaming features of Cask’s ACS machine, which has been a hit with micro-canners since its debut in 2005.

Look, I mean, just watch the video. If it doesn’t mesmerize you, then you’re a less-distractible man than I.

“The big thing for a lot of our guys is space, so we have a very small footprint,” Love adds. He is also quick to point out that the new machine has a familiar operation schematic and many buyers are placing them in the same location as older machines — many of which a still filling cans after 10 years.

I ask Love about what it was like back in the day, and he spins me a yarn. “We went to a craft brewers conference in Cleveland — I think it was 2002,” he says. “We had a booth and we hadn’t been at the craft brewers show for years. Anyhow, a guy came by — looked at our machine — and said, ‘That’s the dumbest idea I’ve ever heard of: canning craft beer. Who would ever want to put craft beer into an aluminum can?’ And I just thought to myself, ‘Huh, jeez, I wonder if we’re barking up the wrong tree here.’” Cask started canning in 1999 and the year of that very brewer’s conference, the company outfitted Oskar Blues with its system. Ball did a test of dissolved oxygen levels and found they were surprisingly low. Oskar Blues blew up and the rest — as they say — is history. 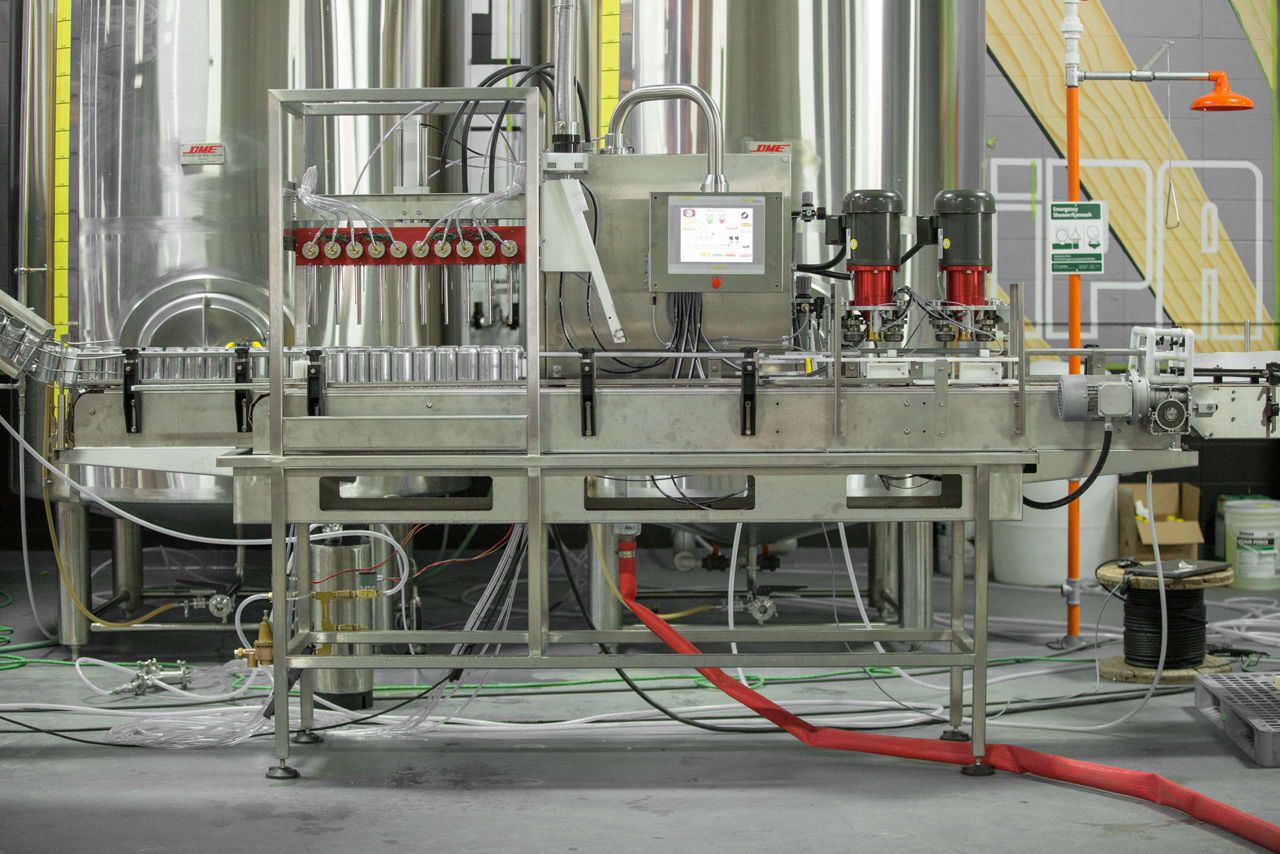 The ACS X2 in all of her glory.

Brewers Association stats from 2014 show craft can sales up 97 percent compared to 14 percent growth for bottles over the same three-year period.

It’s been a huge acceptance,” Love says. “I’m actually shocked at how many people are canning now. We expected good growth, but we didn’t expect it to become as big of a deal as it is.

He’s getting orders from Finland, from the UK, from Australia. “We’re shipping to, believe it not, a brewery in Bhutan,” he says. “Not only does he want to be the first craft brewer in Bhutan, but he wants his beer to be in aluminum cans.” Now he can have it. And twice as fast.