Mountain State Brewing brought West Virginia’s DIY ethos to local craft beer. Homebrewing brothers Brian Arnett and Willie Lehmann launched their brewery in 2005 in the small, remote town of Thomas, West Virginia. Their do-it-yourself efforts stretched from a self-designed logo to a handmade stone bar and a brewery they cobbled together themselves.

Mountain State was also the first micro to self-distribute beers in its home state. “We started,” Arnett says, “years before local restaurants were willing to change their beer menus to carry craft beer, before their customers demanded it. For 4 or 5 years we were the only distributing brewery in West Virginia.”

The brewery’s first draft accounts took a chance on the upstart’s beers as long as Arnett and Lehmann pledged to not run out of supply.  So for four years the pair committed to keeping four flagships in kegs, the beers brewed around the clock almost daily on a 7-bbl pub system.

In 2013 Arnett and Lehman contracted with a larger brewery to produce bottled versions of their beers.

We needed to take real market data to a bank,” Arnett recalls, “to prove we could pay for a loan to expand the brewery and buy our own packaging line. We put the numbers together and realized we could save enough money packaging ourselves to pay the loan on our entire brewery expansion.

But with its expansion, Mountain State shifted from bottles to cans.

“West Virginia is very much an outdoor-oriented market,” Arnett says. “Hunting, fishing, hiking, camping, whitewater rafting, skiing —  when enjoying these activities, nothing travels better than a can if you want to enjoy beer outdoors.”

After launching cans through a mobile service, the men chose to buy their own canning system.

We had a mobile canner come in for a while,” he says. “We quickly realized that we were losing money and rivers of beer every time they canned.  So we pulled the trigger to get our own line and our own printed cans.

Arnett conducted extensive research on #MicroCanning system manufacturers around the world, including chatting with brewers who used various canning machines. “I did a lot of research” Arnett says, “and I kept hearing brewers say, ‘Just go with Cask.’ I didn’t hear that advice about any other companies.”

Mountain State now cans four year-round beers and a focused selection of seasonals on a Cask Automatic Canning System. The machine allows the brewery to dramatically boosts its sales.

With the mobile service,” Arnett recalls, “we had to limit our distributors on how much beer they could have. With our own machine we can easily double our sales in our existing market. 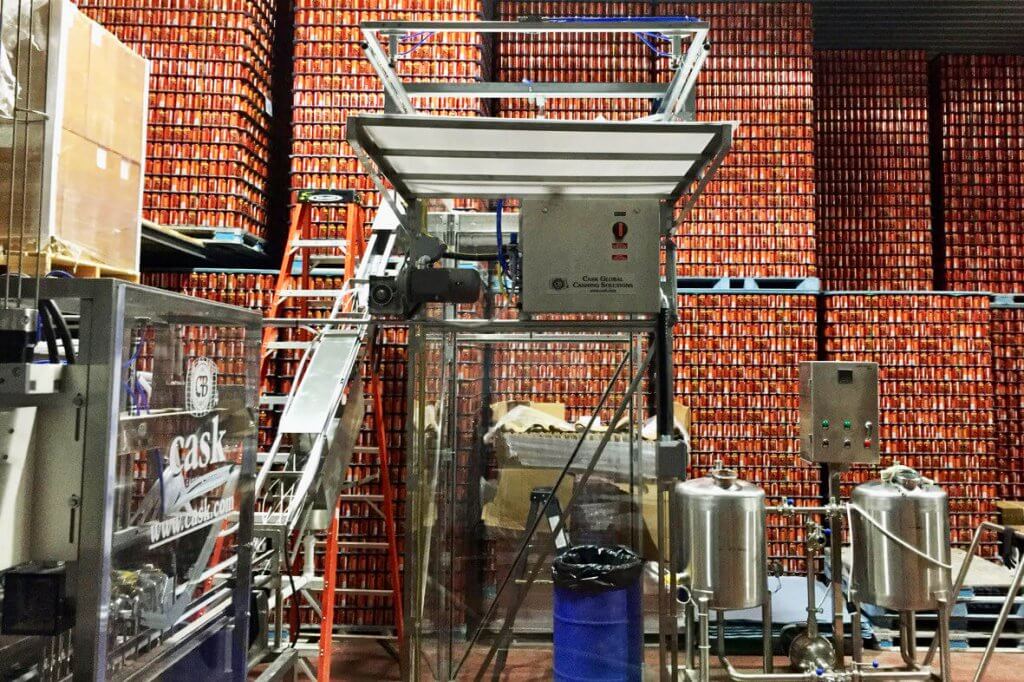 Arnett says that canning on his own machine is another facet of his brewery’s philosophy. “Self-reliance and bringing it home to West Virginia, that’s what it’s all about for us,” Arnett says proudly.  “It hasn’t been easy, but we’ve grown the business ourselves, built our brewery by ourselves. Now we’re canning on our own line with our own cans.”

“With our own line,” he adds, “we’re able to can on our schedule – when the beer is ready – and not rush around when someone else shows up.  I think our QC is also much better. We inspect our seams much more regularly, and we can afford down time on the machine if we need to adjust it. With the Cask machine we were instantly able to put out higher quality beer.” 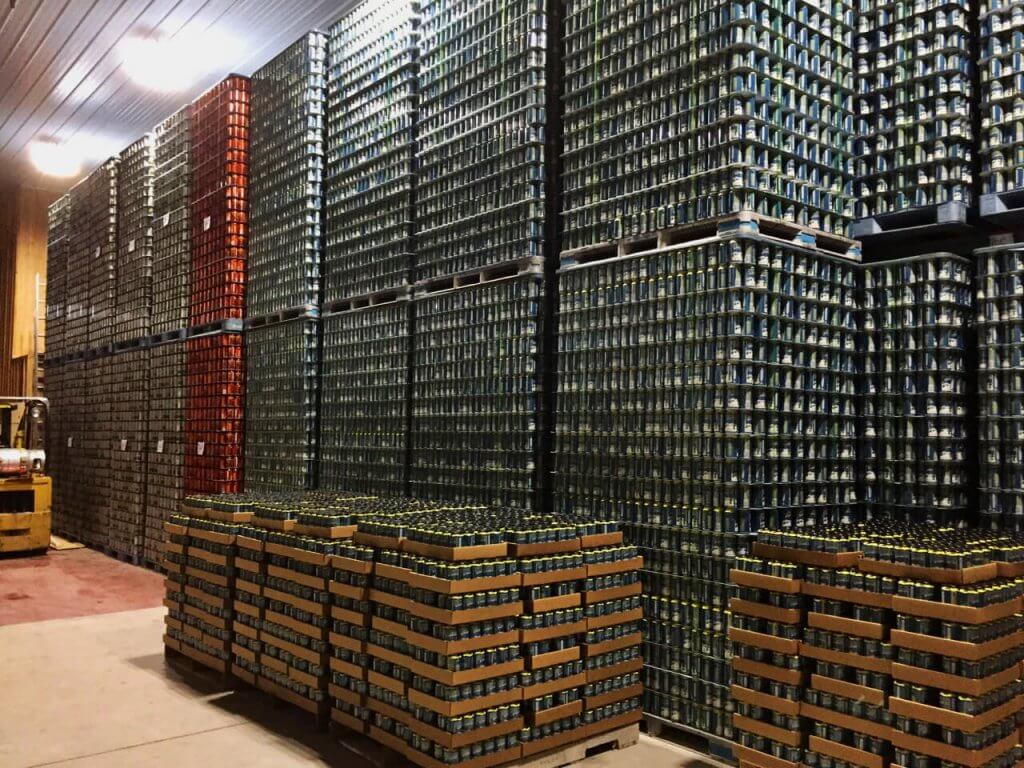