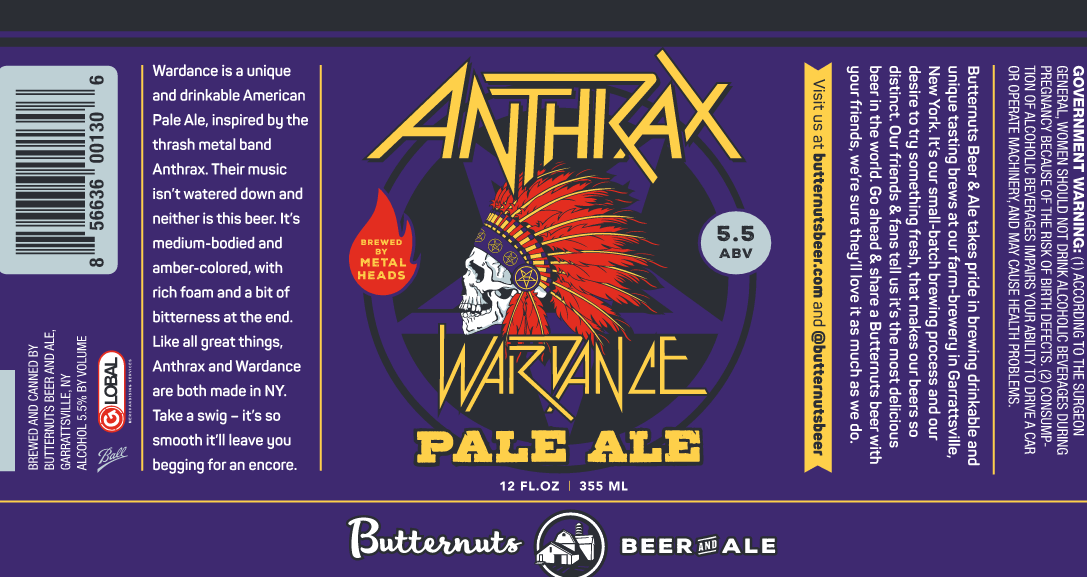 We’ve done millions of cans on that machine,” Williamson says. “It just keeps on cranking.

Williamson fired up his ACS in 2005 and was an early embracer of Cask equipment and small-batch beers packaged in cans. Today his aluminum-loving microbrewery is heading into heavier metal territory. Next month Butternuts’ ACS machine will fill cans of a new custom-made beer for metal legends Anthrax. 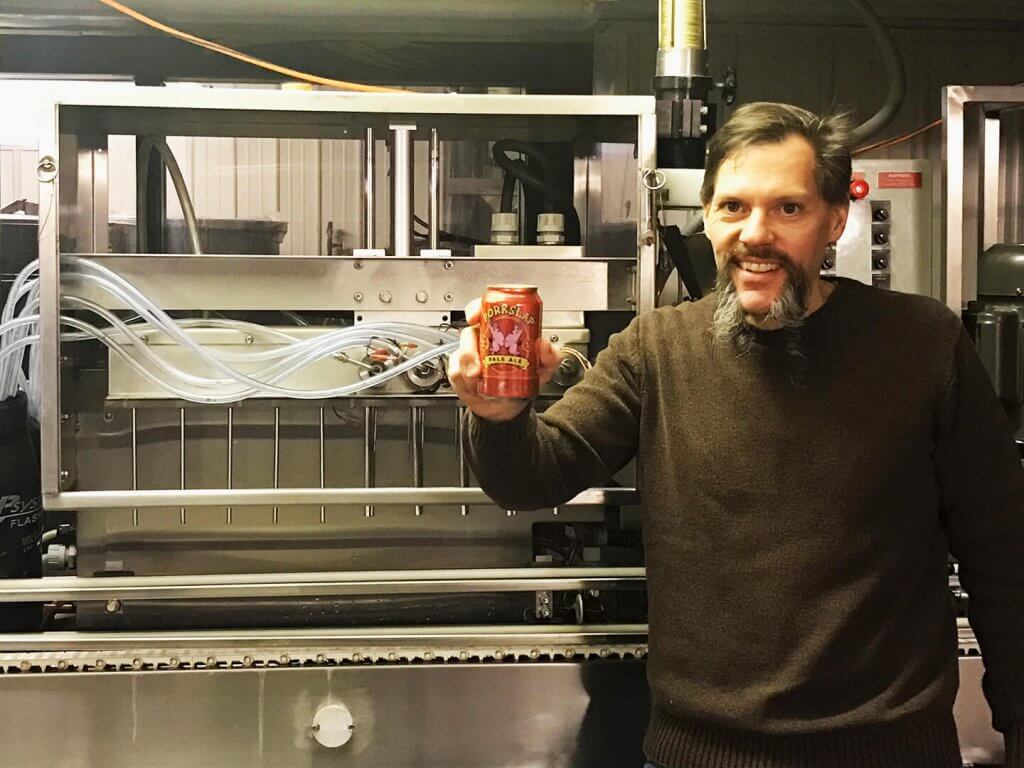 A New York City bar owner connected Williamson with the band after hearing the New York-based group was dreaming of its own brand of beer.

I’ve wanted to do our own beer for a long time,” says Anthrax’s Scott Ian. “It was just a matter of finding the right guy to make that a reality. I am a fan of Butternuts, especially their Porkslap Pale Ale,” Ian adds, “so when I found out Chuck was interested in doing a beer with us I immediately said yes.

Anthrax is an American heavy metal band from New York City, formed in 1981 by guitarist Scott Ian and bassist Dan Lilker. The group was considered one of the leaders of the thrash metal scene during the 1980s. As of 2016, the band has released 11 studio albums and 26 singles.

Williamson and marketing man David Ciancio (who, like Williamson, counts Anthrax as one of his favorite groups) worked with Ian and his bandmates to create a unique beer that fit the band members’ tastes and would appeal to the group’s fans.

“I spoke to Chuck about what we like and don’t like and what I would want from our beer,” Ian recalls.  “It was simple: a beer that would be very drinkable yet still have flavor.”

Williamson and his team sampled the band on a test batch, and then worked the group’s feedback into a second batch that struck a power chord with the band.

The resulting beer — Wardance — is a 5.5% ABV ale brewed with New York-grown and North American two-row malt and a mix of specialty malts for extra color and flavor depth.  The beer’s hops are sourced from both New York and West Coast growers and are added in several stages, including post fermentation.

Wardance,” Ian says, “is a beer you can drink over and over again. And I have!

The beer’s name references a circular mosh-pit dance Anthrax fans do during the song “Indians.” Wardance will be available in New York stores, bars and restaurants in late March. In the future the beer will hit some of the nine other states in the brewery’s distribution reach. The brewery sells about 60% of its beer in New York and 90% of it is sold in cans. 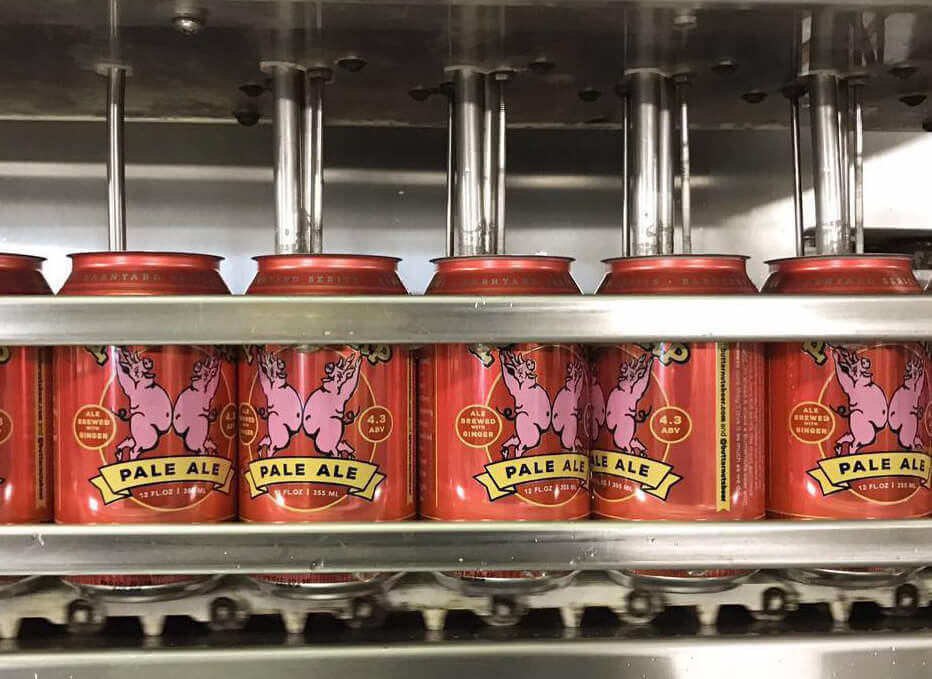 Wardance is the first new canned beer in several years for Butternuts, which has recently updated the graphics on its cans and is about to add more new beers to its lineup. “We want to generate renewed interest in the brewery,” Williamson says, “and open up the market to a wider audience.”

His tastes in metallic packaging — which began before cans were cool for craft beer — will remain at the forefront of that effort.

Our brewery is defined by our cans,” Williamson says. “We felt that with cans we could remove the pretense of craft beer and connect to all types of beer drinkers. Cans also fit with our left-of-center marketing and our goal of keeping things fun and enjoyable. Our Cask canning system set the course for our philosophy and success, and 12 years later we’re continuing those traditions.