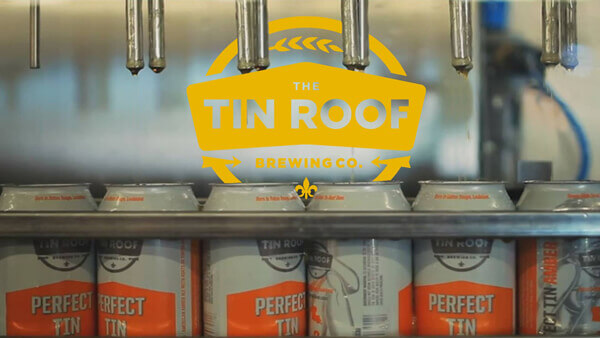 Baton Rouge, Louisiana ‘s Tin Roof Brewing was founded in 2010 by Charles Caldwell and William McGehee.  The pair dreamed of bringing the small-batch beer cultures they enjoyed around the US to the Deep South.

Our state  was a little late to the craft beer revolution,” says John Mabus, Tin Roof’s director of operations, “so we started up during the evolution.

Tin Roof’s  own evolution included a 2011 purchase of Cask’s Automatic Canning System for the brewery’s beers. “Having packaged beer on store shelves is so beneficial for our visibility,” Mabus says. “Cans give us a portability we couldn’t get with bottles, and a package that is popular with people who hunt, fish and spend time outdoors. Cans also give us the protection we wanted for our beer.”

Last year the brewery’s canned list took a leap forward when it released a beer — Bayou Bengal Lager — in conjunction with the city’s Louisiana State University. The custom beer promotes the school, craft beer and Tin Roof’s role in the craft. 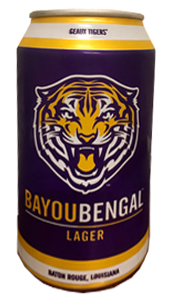 The brewery created big excitement in developing the beer. Tin Roof sent out a call for volunteers willing to evaluate 16 different beers Tin Roof was considering for the LSU beer. Over 5000 people responded and 100 of them were chosen by lottery from that group. “These people were our official tasting team,” Mabus says. “They tried the beers we brewed and chose the beer we ended up making.”

Bayou Bengal Lager debuted last August. Its can sports a proprietary version of the LSU Tigers logo as well as the school’s colors. “We get about 200,000 people in town for the football games,” Mabus says, “and the beer has been a huge hit with that football crowd and tailgaters.”

“The beer has been really good for our brewery’s visibility,” Mabus says, “and it has been a great gateway beer for non-craft beer drinkers. They see the purple and gold colors, pick it up, see we’re a mile from the stadium and we make other beers, and they come see us and check out all of our beers. “

Bayou Bengal is now one of Tin Roof’s top three sellers, and the brewery’s canned beers have powered significant growth in a region that’s behind the nation’s craft beer growth curve. Tin Roof brewed about 5500 barrels in 2015 and about 7000 barrels in 2016, this year it expects to hit 9000 barrels. 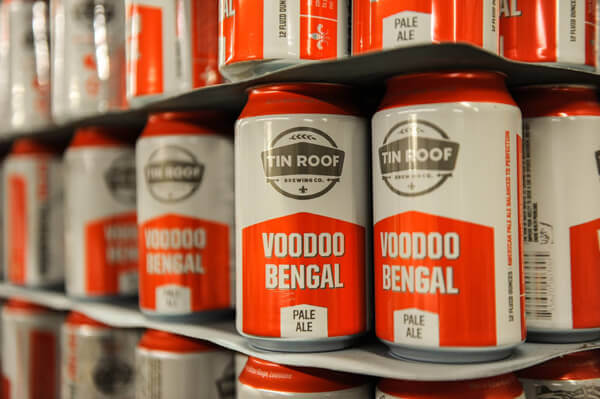 Those cans have given Tin Roof the ability to expand into five neighboring states with properly packaged beer.

Once you start shipping beer across state lines,” Mabus says, “quality control and shelf life are of the utmost importance. That’s why canning with Cask equipment and its very low levels of dissolved oxygen pickup is such a benefit for us.

“We chose Cask for our equipment,” Mabus says, “because they’ve led the way in the packaging of canned craft beers. They’re also a company we could trust, that has invested in the evolution of craft beer.” To keep up with demand, Tin Roof has just purchased Cask’s new ACS X2 machine.

“The X2 will allow us to can up to three times as many cases as before and eliminate any bottle necks when emptying a 60 barrel tank. Our future for 2017 looks very bright.”