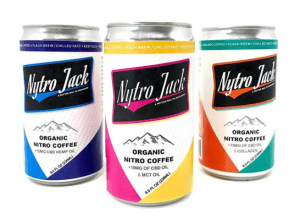 Jason Walsh may be the proverbial poster child for the versatility and power of Cask’s Micro-Automated Canning System (mACS). Walsh helms two can-centered endeavors — his Nytro Jack coffee line and Full Metal Canning, a contract canning service — in Longmont, Colorado. With the mACS as his workhorse, he cans an array of carbonated and uncarbonatedbeverages in a range of can sizes.

“This morning I’m canning my nitro coffee in an 8-ounce can,” he says, “and after lunch I’m canning an uncarbonated tea in a different can. Next week I’ll be packing three kinds of drinks in 8, 12 and 16 ounce cans, and with the mACS it’s simple to change from one beverage and can size to the next.”

By himself, Walsh can reset his Cask machine and Cask Depalletizer for a new can size in about 90 minutes. With two people the shift can be done in about half the time. “Since they are both made by Cask,” he notes, “everything lines up really nicely and it’s easy and quick. If I ever have something that needs adjusting on either of these, I have one-stop customer service through Cask.”

“I get really fast customer service from Cask,” Walsh says, “and if I need a part it shows up by DHL the next day. I’m not sure I can get service that fast from someone in the same city that I’m in.”

There are a lot of options for canning equipment makers right here in Colorado,” Walsh says, “and I looked into all of them. But going with Cask was something of a no-brainer decision for me.

Like many of his customers, Walsh didn’t start out canning his own creations. But when his local mobile canning service dropped his company and several other smaller customers, he was forced to change his methods. Adding to the pressure were large orders from Whole Foods, which had been carrying his Nytro Jack “coffee with benefits” (enhanced with collagen, MCT coconut oil and other additions) and a CBD-added Native Jack coffee at his local Colorado stores.

Walsh did extensive research before buying his canning system. “There are a lot of options for canning equipment makers right here in Colorado,” Walsh says, “and I looked into all of them. But going with Cask was something of a no-brainer decision for me.”

“Cask started micro-canning and has a long innovative history in doing it,” he says. “They’re not some new company that’s learning as they go. And Oskar Blues started with a Cask machine. That was all very important to me.” 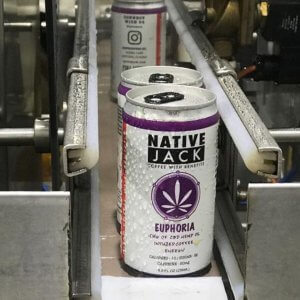 Walsh fired up his new mACS system in December 2017. Seeing an opportunity with other small-batch craft beverage makers — and knowing he couldn’t run his machine full-time on just his Nytro Jack coffees – he launched Full Metal a month later. Today about 20% of his canned goods are Nytro Jack coffees, the rest of his cans are for other local and national companies.

Walsh says owning his machine has many benefits. “It has allowed me to really grow my brand,” he says, “and develop my product line with complete control over everything. And I’m able to pick up some of the smaller brands and help them grow their business. I’ll do canning runs as small as five cases and up to 1000 cases at a time.”

With the success of his products and his contract canning operation, he’s considering his next move. “I’m going to have to increase my capacity and purchase a second Cask machine. I’m thinking of maybe another mirror image mACS, and committing one of them to just 8-ounce cans since I do so many beverages in that can size.”

What’s fueling his contract packaging growth? “I get a lot of calls,” he notes, “from people who need to get out of bottles. The environmental benefits of cans are too good to ignore, along with all of the other benefits that comes from cans.”

“I also talk to companies,” he adds, “that have three people working all day at a manual bottle filler. I tell them ‘I can do that for you in an hour. So you can spend your time doing something else to grow your business.’ That’s often all it takes to change their thinking about having their products in bottles. Plus they’re always surprised at how efficient my canning service is for them.”