Tanker was launched in 2014 by Tammela and two fellow homebrewers who were dissatisfied with their country’s beer selection. It is one of the first craft breweries in Estonia, which now has about 50 small and independent breweries. Tanker moved to cans as a means to export beer more efficiently. But forsaking glass bottles has already delivered more dividends than Tammela imagined.

“We were sure,” Tammela says, “that our export markets would see massive growth from cans. We were worried though that it might cause us to lose some local sales. But our Estonia sales are already up 40% and this is just the beginning.”

And those export sales? “We now sell two times more beer on each pallet,” he says, “and we don’t have to ship glass around. Before cans, it was extremely strange to order empty glass bottles from 2,000-3,000 km away, just to fill and ship them back to Europe again with our beer being only 60% of the shipment weight.” 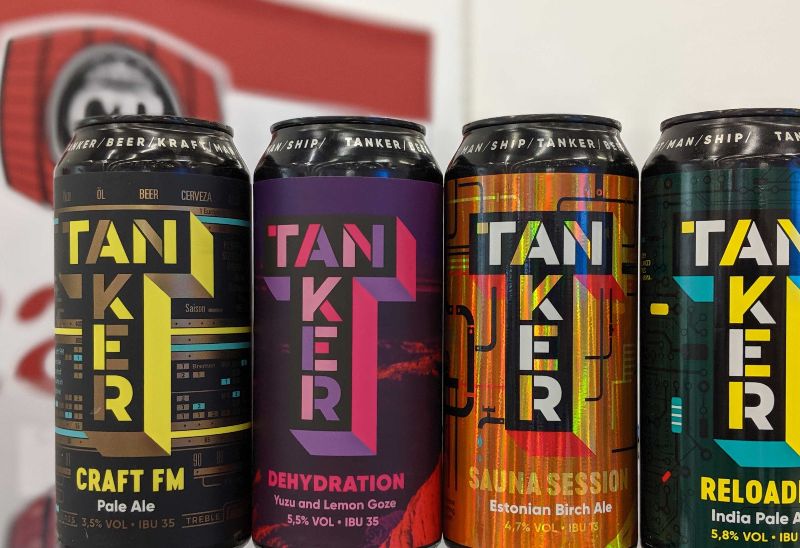 What led Tammela to choose Cask gear for his canning effort? “Before I started my research,” he recalls, “I was convinced that the canning system had to be counter pressure. But in our long vendor selection process we went through a lot of different offers, and I got a lot of great feedback from other breweries using Cask and getting low dissolved oxygen. After meeting Peter Love and Chas Love in person, we were convinced that the Cask filling line is the one for us.”

“The Cask system,” he points out, “is straightforward and simple to operate, and you can learn the system in just a few days.”

Like its first-in-nation canning counterparts around the globe, Tanker has had to educate its country’s consumers on the misconceptions about cans. “There is still some resistance,” he notes, “from those who believe that a bottle is somehow aesthetically better to put on the table. There is also the ‘metal taste’ myth. But most craft beer drinkers are aware or becoming aware of all the benefits of canned beer.”

Much like its pioneering pro-can predecessors in other countries, the beers Tanker puts in its cans have helped it win over can cynics. “We produce beers,” Tammela says, “that are highly drinkable but still very tasty, and we experiment with different ingredients. One of our bestsellers, Sauna Session, is brewed with birch leaves, which give the beer a very special flavor.”

Tanker also takes advantage of the 360° graphics power of cans and employs very distinctive graphics on its cans. The brewery’s canned beers are now sold in about 20 European countries, most of them near Estonia and some as far away as Spain, Italy and Russia.

With its cans flying off shelves in Estonia and beyond, Tanker is now hustling to get its canned goods to more beer lovers and enjoying a future as bright as the aluminum package it has adopted.

“The can,” Tammela says, “is the future of our trade because it is better for our product and is more sustainable for the environment. I’m confident that all craft brewers will be moving into cans sooner or later.”