When it opened in 2015, Denver’s resurrected Tivoli Brewing Company sold retro-minded beers in throwback stubbies, to echo its 150+ Colorado history. But a year after giving cans a try on a Cask Micro-Automated Canning System (mACS), the brewery’s bottle-focused plans have shattered like glass. “We’re trying to sell our bottling line,” says Tivoli CEO Ken Hehir. “Know anybody who wants one?”

After a successful test run of three flavors in cans in January 2019, Tivoli moved all of its beers to cans last spring. The impact was dramatic. “Since April,” Hehir says, “our packaged business has grown 80%.” 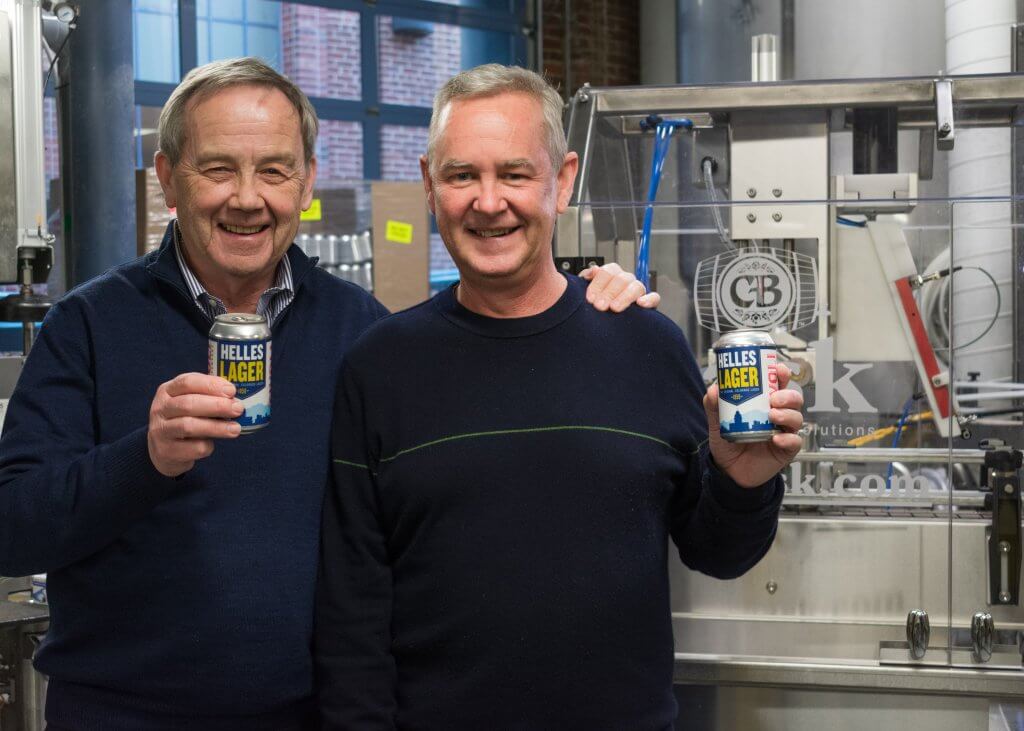 The reborn brewery is located in its original 1864 building, which now serves as the student center for Metropolitan State University of Denver and two other schools that share the downtown  campus. Tivoli also serves as an onsite training partner for MSU Denver’s acclaimed Beer Industry Program. A branch of the school’s innovative School of Hospitality, the beer program offers degree and non-degree options for students seeking jobs in the beer trade.

Thanks to Cask’s 2018 donation of a mACS to MSU Denver, micro-canning is part of the school’s beer curriculum. Graduates and former instructors from MSU’s beer program are on Tivoli’s staff, and students help brew and can Tivoli’s beers. Some Tivoli staffers teach in the Beer Industry Program. The brewery also pays a fee to MSU Denver to use the mACS system, and the fees help fund the Beer Industry Program.

“The school is good for us,” Hehir says, “and we’re good for the school. The connection also helps keep us modern and relevant, even though we’re a heritage brand. We’re creating new stories to tell.”

Tivoli’s packaged roster now includes four year-round beers and five seasonals, all in cans, with new graphics for a more contemporary feel and better shelf appeal. The beers stretch from a classic pilsner and a helles (Tivoli’s two top sellers) to modern-day beers that include hoppy and juicy IPAs, a strawberry berliner weisse, and a cherry enhanced lager.

With the mACS, Tivoli’s packaging is especially efficient now. “We’re getting very few low fills on the mACS,” Hehir says, “and we’re seeing a loss rate that’s less than 1%. Our staff is also much happier because the Cask system is so much quieter than the bottling line we used to use. Our distributors and retailers also really love the cans,” Hehir adds. “They’re easier to handle and move, easier to stack, and they sell better.”

But that collective appreciation of cans has created a dilemma for Hehir and Tivoli:  “We’ve already outgrowing the mACS system,” he says. To remedy that, this summer MSU Denver will trade up to a larger capacity Cask ACS V5 system to help Tivoli meet rocketing demand while the school advances its beer-education efforts.

Meanwhile Tivoli is reaping the benefit of adopting new thinking for its historic brewery. “You have to give consumers what they want,” Hehir says. “Cans are the format the consumer wants now.”

Continuing Education with the Cask | DO Tips & Tricks