“It was one of the best days of Dave’s and my brewing careers! To receive even one medal at the GABF is a great honor, so this is truly overwhelming” was the response from the ecstatic brewer/co-owner, Clay Robinson.

“All this out of 526 breweries participating with 3930 beers entered from 48 states. We submitted all of our entries in cans because we believe that cans are the best vessel for keeping beer fresh and delicious.” 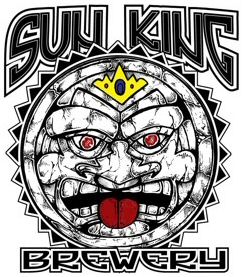 The top five entrants that won the most medals were:

The most gold medals were won by:

Sun King Brewing Co. was founded in 2009 by two award-winning commercial brewers, a mechanical engineer, and a veteran of the food distribution business. They quickly won Indianapolis’ heart with their line up of stellar house beers and artfully crafted seasonal and specialty beers.

They added an automated canning line in early 2010. In less than two years, Sun King has grown into the third-largest beer brewer in Indiana. Sun King’s beers are sold on draft and in cans at more than 300 bars, restaurants, liquor stores, sports and entertainment venues around central Indiana.

Due to this fantastic growth, Sun King Brewing Co. has been recognized as one of the 2011 Indiana Companies to Watch. This awards program is presented by the Indiana Economic Development Corporation, its Small Business Development Center network, Purdue University and the Edward Lowe Foundation. It celebrates Indiana’s privately held second-stage companies, typically those businesses that are past the startup phase, are considered to be established, and face issues of growth, not survival.

We congratulate Sun King Brewing on their growing success and their well-deserved awards!