Meet Cask Customer Success Cask Customers are at the center of everything we do at Cask. Meet the team leading the charge on innovating around the customer experience, and learn about some of the changes going on at Cask.  Investing…

END_OF_DOCUMENT_TOKEN_TO_BE_REPLACED

What’s Going On With Cans?

The craft beverage industry has largely been reliant on surplus supply from can manufacturers after contract customer orders have been fulfilled. The reality is with the increased demand for cans there is little to no surplus can supply or production…

END_OF_DOCUMENT_TOKEN_TO_BE_REPLACED

The ACS V6 Is The Fastest, Most Compact System In Its Class

THE ACS V6 The ACS V6 is Cask’s flagship canning system re-imagined. 50 cans per minute the ACS V6 is 25% faster with a reduced footprint of 2’11” x 9’9″. This system is designed to be the fastest, most compact…

END_OF_DOCUMENT_TOKEN_TO_BE_REPLACED

The Nano ACS Is The Smallest Automated Canning System Yet

INTRODUCING THE NANO ACS The new Nano Automated Canning System is Cask’s smallest fully automated canning system yet.  It fills 18 cans per min in an extremely compact 14 sqft footprint and can package virtually any beverage type and can…

END_OF_DOCUMENT_TOKEN_TO_BE_REPLACED

By Cask CanningDecember 7, 2021All Posts

CHOOSE THE RIGHT CANNING SYSTEM FOR BREWERIES CANNING MORE THAN BEER Over 1/3 of Craft Breweries in the US make beverages other than beer. Whether it’s RTD Cocktails, Hard Seltzers, Coffee or Kombucha, introducing new beverages to the line-up adds…

END_OF_DOCUMENT_TOKEN_TO_BE_REPLACED

ABOUT CASK DATA LABS A lot of Craft Breweries have relied on packaged product over the last year-and-a-half, and many are already making products other than beer to generate new revenue streams. Hard seltzer added $344m in off-premise retail sales…

END_OF_DOCUMENT_TOKEN_TO_BE_REPLACED

Fitting Into New Spaces With The ACS Mobile

END_OF_DOCUMENT_TOKEN_TO_BE_REPLACED

By Cask CanningMarch 9, 2021All Posts

Cask released a new system designed especially for mobile canners. The ACS Mobile (Automatic Canning System) is a highly agile version of Cask’s legendary ACS. It delivers the speed and state-of-the-art automation of the ACS on a frame that is just under 88 inches.

It’s a timely new system, as large numbers of non-packaging breweries have had to shift to packaged beer to survive the pandemic.

“Our goal with the ACS Mobile,” says Co-owner, Neil Love, “was to create the ultimate canning system for mobile canners and their customers. It gives mobile canners facing increased demand the best array of tools for efficiently canning distribution-ready craft beverages. For brewers turning to mobile canning for help during the pandemic, they get beers with extremely low dissolved oxygen, with minimal product waste or low fills.”

“The ACS Mobile,” Love adds, “puts our industry leading fill technology on an immensely compact system that packages an array of beverages and can sizes, and includes a weigh scale, auto-reject, and the other sophisticated automation that comes on a full-size Cask canning system.” 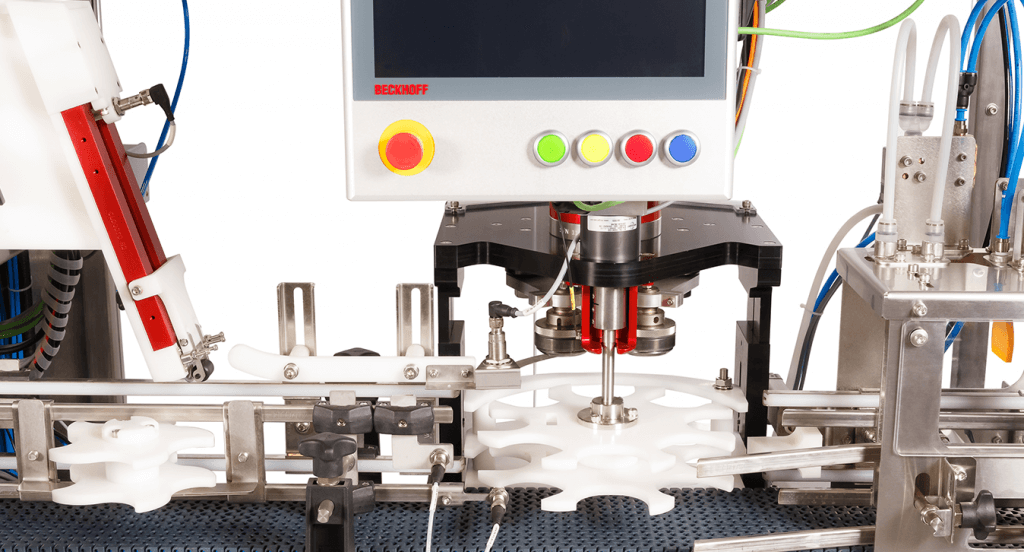 Cask Engineer Leighton McColl led the project (dubbed “Every Inch Counts”) to design and build the ACS Mobile. His research included input from Cask mobile canners on what their dream mobile system would include.

“Olof,” McColl says, “told us that a frame longer than 88 inches required him to use a larger truck that cost more money and required a more demanding class of driver’s license. That’s why the ACS Mobile is 87.5 inches long.”

The ACS Mobile fills all Slim/Sleek/Standard cans up to 19.2 oz. and the system’s floating can-indexing wheel makes for the fastest available changeover between can sizes. The system’s stainless-steel fill heads are compatible with beer, wine, kombucha, cider, mead and other beverage types, and can handle high-strength CIP measures to ensure no transfer of flavor or contamination between beverages.

The system also has an easy to operate Windows 10-based operating program that enables a fast set up and easy operation.

McColl was a Cask canning system installer for three years prior to moving to his engineer role. His experience was helpful for boosting the mobile-minded features in the new mobile system.

“Doing installations,” he notes, “showed me just how tight the spaces are that our customers work in. So they need a system with a very small footprint that will still give them the speed, automation and maximum shelf-life and quality needed to grow their businesses. That’s what we’ve given them with the ACS Mobile.”

END_OF_DOCUMENT_TOKEN_TO_BE_REPLACED

Canning Beer Long Before It Was Cool

WHERE IT BEGAN Among all of our can-adopting customers around the world, there’s one brewery we can’t include in our list of bottles-to-cans converts. Long before we launched the first small scale canning system and brought canning capabilities to craft…