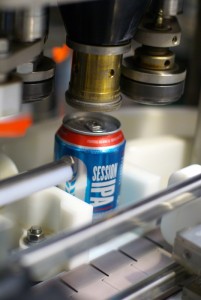 The UK brewer has now placed all of its core beer in 330 ml cans. Fourpure has also just delivered a new range of 330 ml seasonal canned beers (including a new Skyliner American Wheat) to its UK retailers.

We’re having great success with our canned beers and our Cask equipment,” says Fourpure director Daniel Lowe. “Our core beers are all in cans now and selling very well. Our new seasonal cans have also been very popular. The demand for them is high enough that we can put them into properly decorated cans and sell all of the minimum printed can runs the can manufacturers need.

Fourpure has also launched a summer Dry Hop Pils in a 500 ml can that Lowe thinks is the first London craft beer in a famed “tall boy” can.

We’re running the machine two shifts per day, 4 days per week,” Lowe says, “and it’s doing asplendid job for us. We’re forecasting to do about 3 million cans this year, and putting around 10,000 hl of beer through the Cask line.

The Cask machine and aluminum cans are allowing Fourpure to expand its production and its geographic reach. The brewery is now sending its beer to its first export markets.

We now have beers traveling far and wide, from Sweden to Singapore,” Lowe says proudly. “We made the move to cans with exporting in mind,” he adds. “Their size and light weight — 13 grams per container vs. 237 g per glass bottle — means we can get 108 trays of cans on a pallet instead of 60 cases of bottles. So it’s much more efficient for us to ship beer around the world with cans.

We are thrilled by Fourpure’s success, but not surprised by it.

Daniel and his staff took a risk of sorts by ignoring the status quo and shifting to cans. But they understood the wisdom of taking that risk. Like us, they’ve seen the success and growth that cans and our equipment have provided to breweries who utilize them. 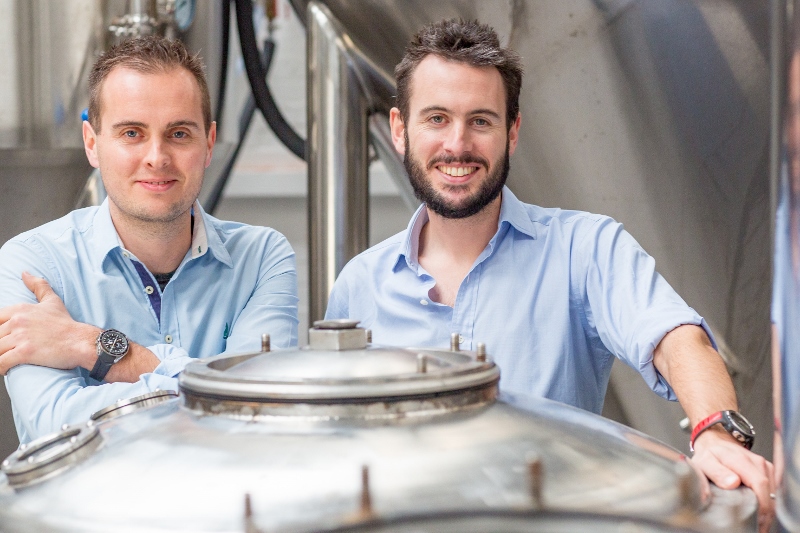 In the US where we launched the micro-canning revolution in 2002, sales of US canned six-packs in 2014 were up 97% compared to 14% growth of bottles.

Canned craft beer is the hottest craft beer package in North America. That is going to be the case in many more places as brewers and consumers learn about the pluses of canned craft beer. We’re seeing it everywhere we place a canning system.

Our canning systems give small brewers an affordable, small-scale way to package their beer. They also allow craft brewers to put their beer in a package that’s portable, infinitely recyclable and gives their beer the ultimate protection from light and oxygen. These benefits are hard for brewers to resist.

Cask has been working with the Craft Brewing industry since the early 1980’s. We sold our first tabletop canning machine (which seamed one can at a time) to a US craft brewer in 2002, Oskar Blues Brewery & Pub in Colorado, USA. The tiny brewpub’s cans-only focus made it a fast-growing success, growing from 700 barrels/year to over 149,000 barrels/year in 12 years.