Canning Beer Long Before It Was Cool

Among all of our can-adopting customers around the world, there’s one brewery we can’t include in our list of bottles-to-cans converts. Long before we launched the first small scale canning system and brought canning capabilities to craft brewers, a brewery in Wales had already gone full metal. “Felinfoel Brewery,” says the company’s Mike Francis, “started canning on December 3, 1935.”

Located in Felinfoel, Wales, Felinfoel Brewery smashed the UK’s glass-bottles culture with three-piece cone-topped cans. Those later morphed to flat-topped cans (that required an opener) and then of course into what we see today. This past December the brewery released a special 85th “Caniversary” beer to herald its octogenarian milestone. 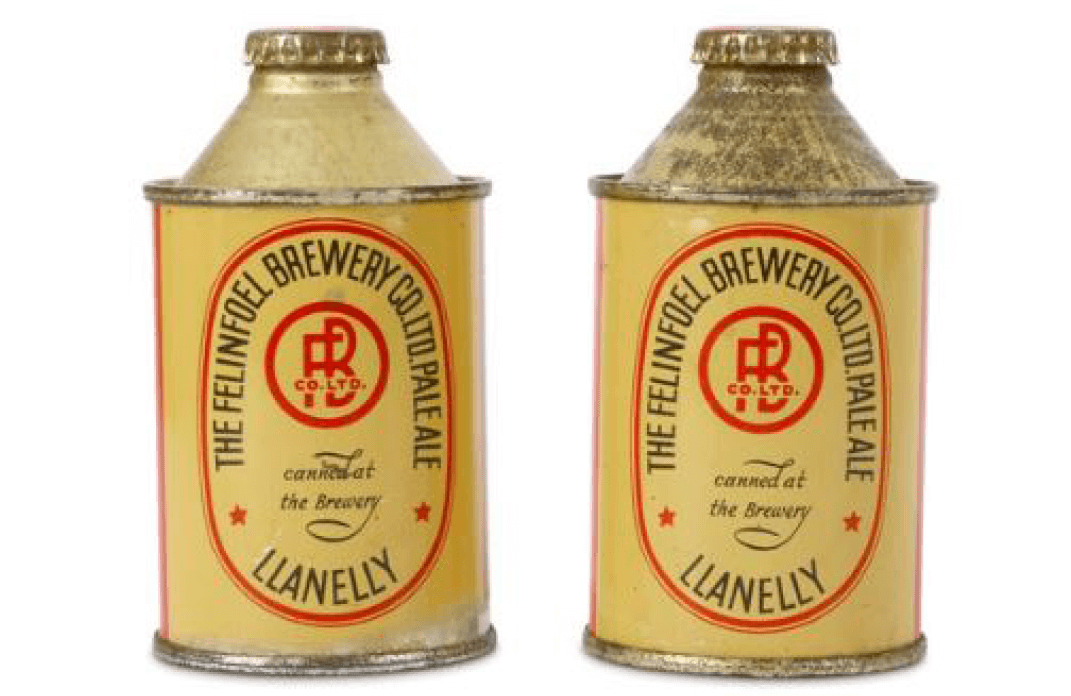 Over its first five decades, Felinfoel canned on its own gear before shifting to a contract packager in the ’80s. Their 2014 return to canning in-house, on a Cask Automated Canning System, was driven by a desire to become more nimble and responsive to customer tastes and trends. “We were looking for a canning solution,” Francis says, “that would facilitate smaller batches. Previously we had to commit to 1 million-plus printed cans from the manufacturer, which did not lend itself to pilot product development.”

“Cask had the reputation and experience we were looking for,” Francis recalls. “The ACS allowed us to be flexible with our canned product range and innovate and carry on our heritage. It gave us a solution for growth.”

For the past seven years, all of Felinfoel’s aluminum-clad liquids have been canned on Cask gear. “That is a true honor for us,” says Cask Founder, Peter Love. “Felinfoel is the first brewery in the world to can an ale and it’s the UK’s oldest beer canner. They’re writing new chapters in their canned history with Cask equipment.”

The ACS is cranking along, filling cans of Felinfoel’s core beers and a few limited-edition releases. The fulltime lineup includes the brewery’s IPA, Celtic Gold Lager and Dragon Heart, and its top-selling Double Dragon. Most of Felinfoel’s beers are sold on draft through the 70+ pubs it manages, and it also sells bottled beers. But its cans have been especially valuable over the past year. “Our pubs have been closed for the past 10 months,” Francis says. “Canned beer sales and take home have been a lifeline in these challenging times, and we have seen significant growth in our canned sales during the pandemic.” 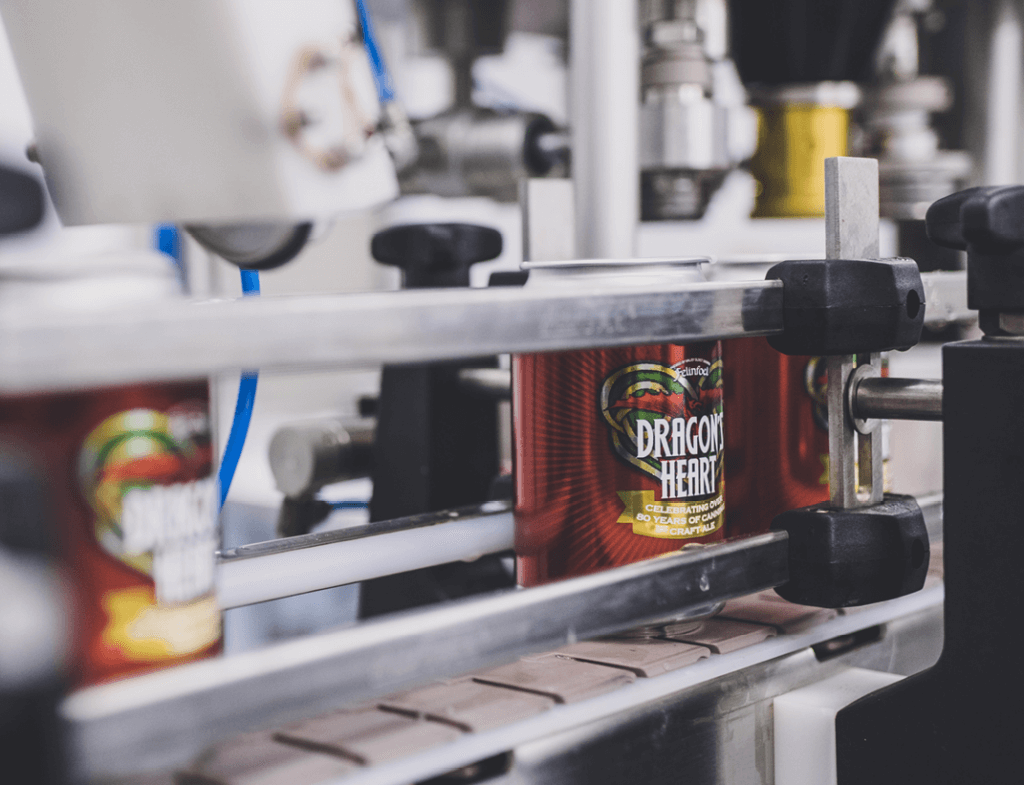 Felinfoel is now adding another Cask chapter by purchasing cans directly through Cask. As it was for numerous UK breweries in 2020 (many of which dramatically shifted their production to cans last year), a reliable can supply was important for Felinfoel amidst the global can shortage. Cask’s partnership with Ball Corp EMEA helps us serve the Craft industry as a supplier of aluminum cans in the UK – at minimums that make sense for our small business customers like Felinfoel.

Francis feels canned craft beer is developing in Wales and the UK because more customers demand choice, fresh flavor, and planet-friendly thinking. “Cans,” he notes, “provide ease of transportation and improved quality by lowering dissolved oxygen and excluding UV light. And they are sustainable and highly recyclable packaging.”

Yes, that assessment mirrors the revelations of modern-day brewers that move to cans. But it also echoes time-tested benefits Felinfoel has known for generations. “We’re very proud,” Francis says, “to have been producing canned beer longer than anyone else in the world.”