New Beers and Available on Sundays? 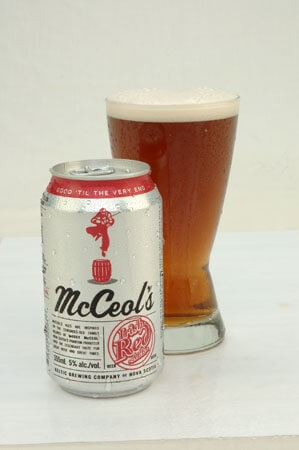 Truro, Nova Scotia. Keltic Brewing Company is proud to announce the launching of two new brands of beer in the Nova Scotia market and the creation of a new Nova Scotia Tradition” said Harold MacKay, the company’s President and CEO as he unveiled Keltic Beer and McCeol’s Irish Red Ale.

“Keltic is a 5% alcohol by volume beer which will become noted for its clean, crisp taste with absolutely no aftertaste. McCeol’s Irish Red is a 5% alcohol by volume ale with a rich amber colour that is a remarkably smooth, easy drinking beer. Both of these brands are brewed fresh, packaged in convenient six-pack cans and sold at regular prices. Available 7 days a week, the brands are currently available for sale at our on-site retail store. The brands will be available at select Nova Scotia Liquor Corporation stores this week where you can find them in the cold can sections of the stores. The can segment of the beer industry is experiencing phenomenal growth and we are most pleased to be positioned in that segment of the market with our “fresh is best” approach.”

Fresh Beer at its Best” that is the commitment at Keltic” said Kirk Annand, the Brewmaster. “Every brewer in the world knows that the freshest beer is the best beer and we are committed to delivering that to our consumers. At Keltic we are hands on in the brewing process from start to finish to ensure the delivery of the freshest possible taste in every can, something the big guys only wish they could do.

Luciano Radelich, VP Operations said “We began selling Keltic products in our on-site Pub and Grillhouse (Mugsy McCeol’s) since we opened in December 2003. We have been overwhelmed by the response with Keltic brands representing 94% of our beer sales. Keltic Beer and McCeol’s Irish Red have been our best selling brands and we are extremely confident that Nova Scotia consumers will appreciate these exceptional new fresh beers.”

Located at the Truro Power Center, Keltic Brewing Company began producing these highest quality beers in December 2003 and thus far the brands have only been available in 19 Litre and 50 Litre Kegs to licensees and through the on-site Retail Store for home consumers.

Keltic Brewing Company currently employs 45 people and with this expansion of the brewing business they will add another 4 or 5 employees. Keltic is locally owned and operated and it is a true Nova Scotia Company.