During his extensive Hall of Fame hockey career, Lanny McDonald earned the nickname “Machine-Gun” while playing for the Toronto Maple Leafs, Colorado Rockies and the Calgary Flames. But since retiring from the NHL with a Stanley Cup championship in Calgary, McDonald has picked up another handle – “Old Stache” – which is a seasonal Porter, brewed by Tamarack Brewing Company and Alehouse, and named after its inspiration.

The Old Stache is enjoying retirement, going back and forth between Canada and Lakeside, Montana where his family operates the Tamarack Brewing Company and Alehouse.

McDonald helped his daughter Andra and her husband Josh Townsley open the brewery and restaurant in 2007. Five years later the business expanded with a second location and is increasing production every year.

I’m just in the background having fun. I’m on quality control. It’s the best job you could possibly ever have,” said McDonald.

The brewery is planning on producing more than 3,200 barrels in 2013 and is packaging two of its most popular beers in 16-ounce cans using a Cask semi-automated manual canning system. 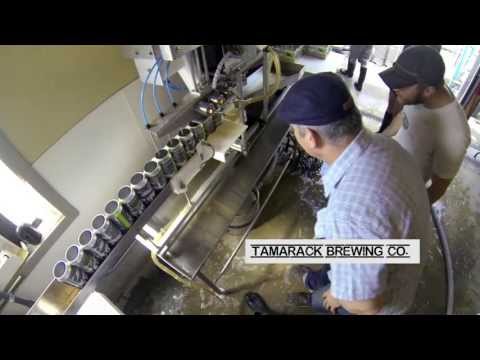