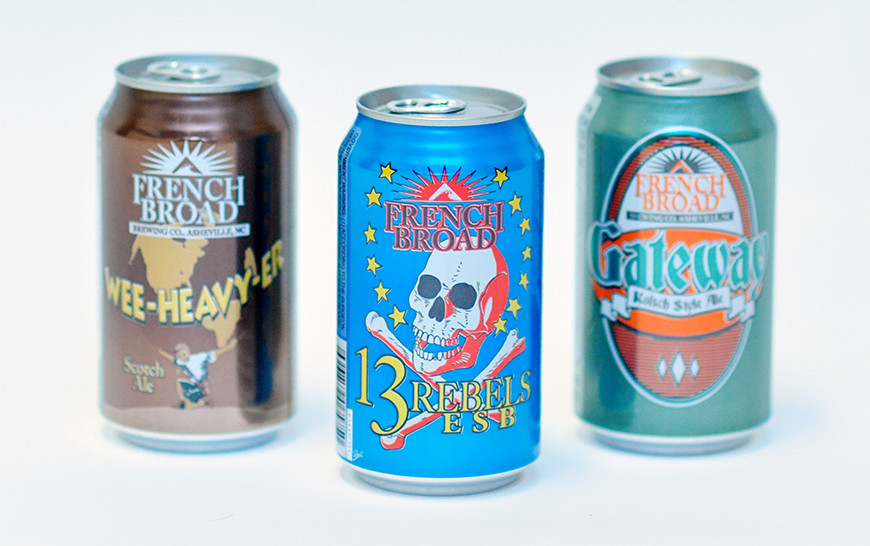 Named for a river that runs through Western North Carolina, the French Broad Brewing Company in Asheville, NC, combines a working microbrewery with a tasting room featuring live music. Founded in 2001, they are a continental European-style production brewery.

In June they started canning three of their beers with a Cask automated canning system – Wee Heavier, Kölsch and 13 Rebels.

Although we are all technologically challenged,” smiling president Andy Dahm states, “we overcame our challenges and conquered running the canning line. Once we figured it out with Cask’s help, it was pretty easy to operate.

Andy Dahm says their hope is that the cans will eventually bring them to new stores and new territories. He says that he would love to see Asheville’s breweries bringing money in from outside the city, however, if they can’t get tourists to the city then they can get the beer to them.

“We’ve tripled our sales in the last four years and we’re looking at tacking on 20 to 25 percent more volume already,” says Andy Dahm. “While we sell a lot of draft beer in downtown Asheville, when it comes to the rest of our distribution territory … we do better with the packaged beer.”

Their beer can be found all over North Carolina, South Carolina, Georgia, and Tennessee, with new territories coming soon.