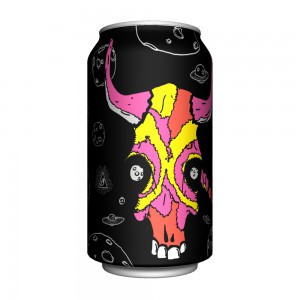 One of London’s first micro-canners, Beavertown installed its machine in 2014 and quickly turned heads for its use of Cask equipment and its focus on aluminum cans for its packaged beers.

Jenn Merrick, Beavertown’s head brewer, says her company’s choice of packaging helped bring home the medals. “The beers were judged in a blind tasting,” she says,” and our cans absolutely played a role in us winning the awards.”

That micro-canned beers were the reason for Beavertown’s two gold medals and the Supreme Champion Brewer and UK Brewer of the Year awards also turned heads at the IBC awards ceremony.

“It was revolutionary,” Merrick says. “It really showed a changing of the guard for the people there. Cans are the wave of the future.”

Acclaimed UK beer journalist and judge Jeff Evans heads up the esteemed panel of IBC judges and noted the precedent-setting nature of Beavertown’s win this year.

“I’ve been chairman of the judges for 13 years,” he says, “and I don’t recall a canned beer doing that well. Historically, we’ve had very few canned entries and no award winner, to my knowledge, from a micro-canner or any canner.”

Evans says he and his judging peers weren’t shocked by the win for a micro-canned beer, since “the idea of better quality beers in can is now well established among our judges, who come from across the industry.”

“But the success of Beavertown with their cans in the IBC,” he says, “will no doubt draw more attention to the possibility of canning. I suspect we will receive considerably more canned entries from here on.” 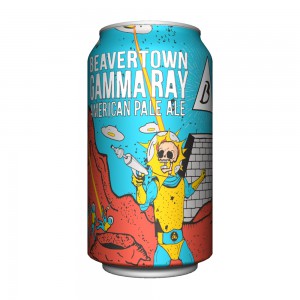 The contest judged over 600 beers from over 200 breweries in 30 countries. The judge panel included many of the UK’s top beer experts and judges including Adrian Tierney-Jones, Melissa Cole, Glenn Payne, Tim Hampson, Ben McFarland, Jerry Bartlett and Pete Brown.

Cask sold its first micro-canning systems (tabletop machines that seamed one can at a time) in 1999 to brew-on-premise establishments it supplied in Canada and Australia.

In 2002 Cask sold its first micro-canning machine to a craft brewer, Oskar Blues Brewery & Pub in Lyons Colorado, USA. The move made the tiny brewpub the first US craft brewer to brew and can its own beer. The brewpub’s cans-only focus made it a fast-growing success, growing from 700 barrels/year to over 149,000 barrels/year in 12 years.

Cask’s machines are especially affordable and compact, requiring as little as 16 square feet of space. They also provide an extremely low level of dissolved oxygen (15-20 parts per billion) that extends the shelf life and protects the flavor profile of the canned beer.

Learn more and see the machines in action at www.cask.com.