When Ross Terlick explains why he chose Cask Brewing Systems gear and aluminium cans for his Australian brewery, his top reason is one that was once unimaginable for a craft brewer. “Cans are cool!” says the enthusiastic Terlick, whose Cheeky Monkey Brewery & Cidery (in the Margaret River wine region of western Australia) began brewing in 2012 and canning in October of 2015.

Terlick has also discovered that cans and Cask’s industry changing micro-canning gear are great for business. “We’ve experienced close to 500% growth in our offsite sales since installing our Cask ACS,” Terlick says proudly. “We expected growth with the installation of the machine, but certainly not as fast and massive as it has been.”

We are absolutely rapt with our ACS,” he adds. “We’d reached a point in the growth of Cheeky Monkey where we were in danger of plateauing if we just continued on as before. The ACS has enabled us to tap into new markets and refresh our brand at the same time. From here on out the only way for us is up.

Cheeky Monkey brews five core beers and two ciders and its brewery, which has an attached restaurant that features locally sourced products. The brewery currently cans its pale and blonde ales and an apple cider.

Beyond the growing coolness of cans, Cheeky Monkey chose Cask and cans for other important reasons. “We like how cans keep our beers fresher for longer and reduce our carbon footprint and freight costs,” Terlick says, “and we like the all-over branding opportunity that cans provide. The smaller footprint of our Cask canning line also appealed to us, as we don’t have much room to spare here.”

The fact that the ACS had the lowest dissolved oxygen pick up in the range of canning lines out there,” Terlick adds, “was a massive factor in our decision to go with a Cask machine. I also chatted with Aussie brewers who had installed an ACS and they all had only good things to say about the machine and Cask’s people.”

In Australia’s increasingly crowded craft beer world, Cheeky Monkey has discovered that cans help the brewery distinguish itself with vendors.

“If we were to call them up,” Terlick notes, “and say we have a locally brewed and bottled pale ale, they’d generally respond with something like ‘I already carry a heap of those.’ By offering cans, we have a great point of difference straight away.”

Terlick and his team now plan to put all of their beers in cans and expand their reach into Eastern Australia. “From there,” he says, “we will look to take over the world!”

In the meantime Cheeky Monkey has an unexpected circumstance it’s contending with since embracing Cask gear and cans. “The biggest issue we are having now,” Terlick says, “is keeping up with demand.” 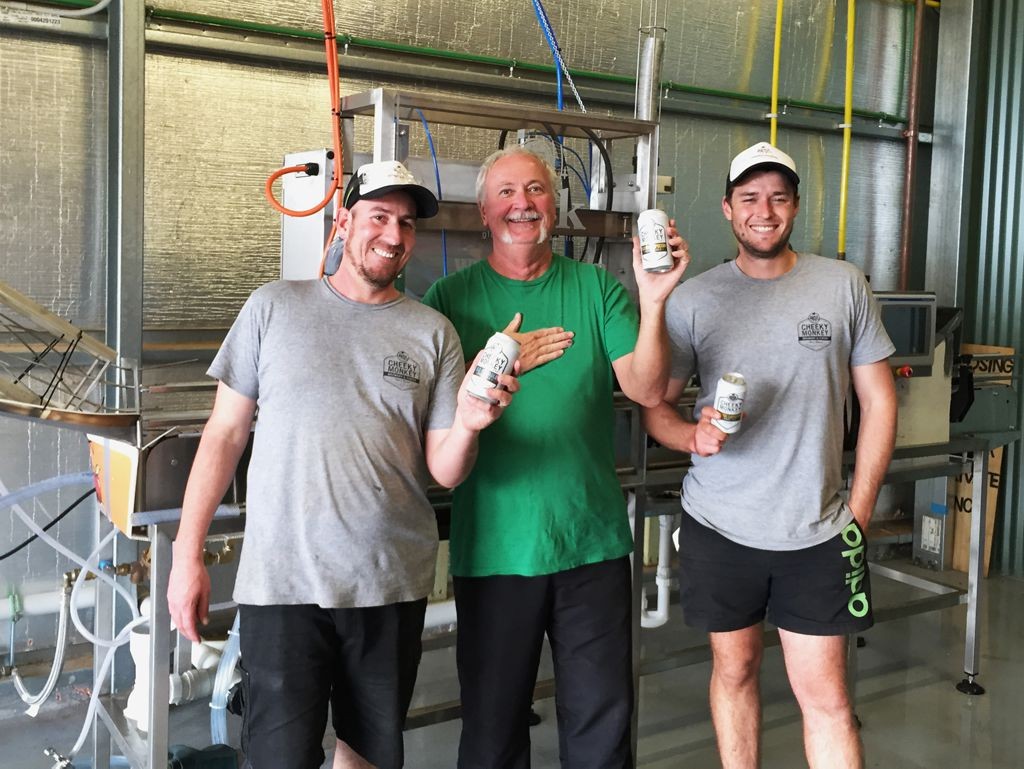 Would you like to enjoy the many benefits of Cask equipment and micro-canning at your brewery?  Visit www.cask.com or contact us directly for more information or to request a quotation.