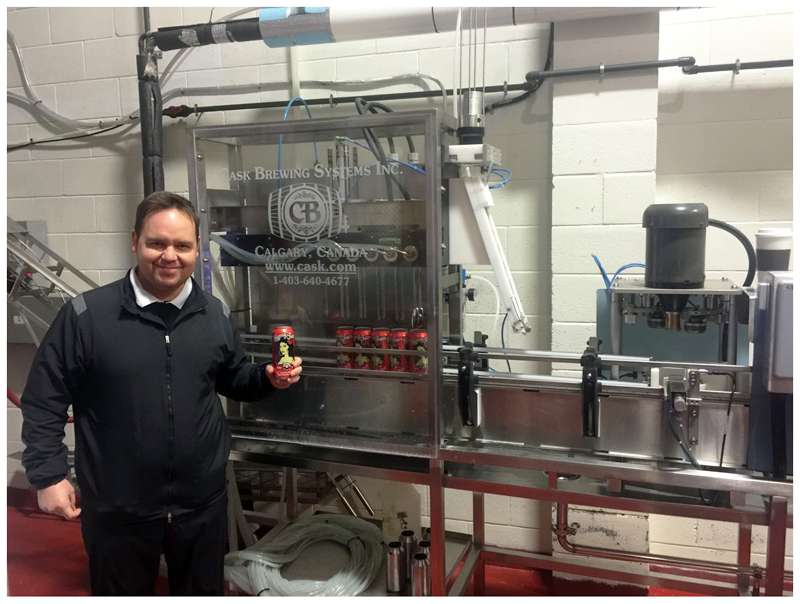 Parallel 49’s co-founder Mike in front of their Cask ACS with a Gypsy Tears Ruby Ale.

When they opened their Vancouver, British Columbia microbrewery in 2012, Mike Sleeman and his partners at Parallel 49 had a bottles & kegs focus for their beer. These days he and his partners — Nick Paladino, Anthony Frustagli, Scott Venema and Michael Tod — have expanded that focus to include aluminum cans and Cask Brewing Systems micro-canning gear.

Parallel 49 is now enjoying uncanny success thanks to that shift in focus.

“Bottles had been our priority from the start,” says Sleeman, whose team purchased a Cask ACS (Automatic Canning System) machine in 2014 to test the local market for the appeal of cans. “But the response to our cans has been overwhelming.”

We started,” Sleeman recalls, “by canning our Tricycle Radler (a 3.4% ABV lager blended with ruby red grapefruit juice) in 355 ml cans, and it is now one of our top-selling beers. We have since canned our top-selling bottled beer (Gypsy Tears) and have moved into tall 473 ml cans with that beer as well.

Parallel 49’s most recent canning move was to put its popular draught-only Craft Lager in 12 packs of 355 ml aluminum cans. The result has been another eye opener. “It is quietly becoming a monster for us,” he says.

We now have plans to do even more with our Cask canner. The machine is a workhorse for us. 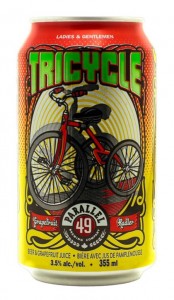 Parallel 49 currently runs its ACS machine 3-4 days a week. But once “Radler season” hits, Sleeman and his crew (led by head brewer Graham With) will add canning days and double shifts on those days. To keep up with increased demand and sales, Parallel 49 has also expanded its brewery with five 100hl fermenters and a bright tank.

Some of the brewery’s growth has come from new opportunities presented by its use of aluminum cans. Parallel 49’s cans are now in Vancouver’s Rogers Arena (the hockey home of the NHL’s Canucks) and BC Place Stadium, which doesn’t allow bottles. “We are able to reach new customers with our cans,” Sleeman notes.

Overall, Parallel 49 is thrilled with the results of its move to Cask gear and aluminum cans.

“Our can segment,” Sleeman says, “is definitely growing faster than the bottle segment, about 50% year over year. That’s driving our overall growth. Cans will be a major part of our sales this year and we expect that trend to continue.”

Cask has worked with the craft brewing industry since the early 1980’s and invented micro-canning in 1999. Today over 600 craft breweries in 34 countries enjoy the many benefits and growth that come from using Cask gear and aluminum cans. Our compact automated, semi-automated and manual canning systems offer a cost-effective way for breweries to put their beer in the ultimate beer package. We also provide ongoing support on our canning equipment and cans through Ball Corporation.

Want to learn more about how we can help your brewery? Visit www.cask.com or send us an email.