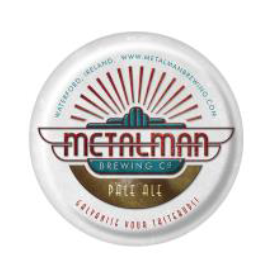 Waterford’s Metalman Brewing Company has just received and installed Cask’s Automatic Canning System (ACS) machine in its microbrewery. The brewery will launch a series of canned beers on February 1, 2015 and become the first Ireland microbrewer to can its own beer.

“We researched both bottles and cans thoroughly,” says co-founder and brewer Grainne Walsh. “We felt that cans were a better choice in terms of the quality of the finished product, the lower cost of shipping, and easier handling at the brewery versus glass.” 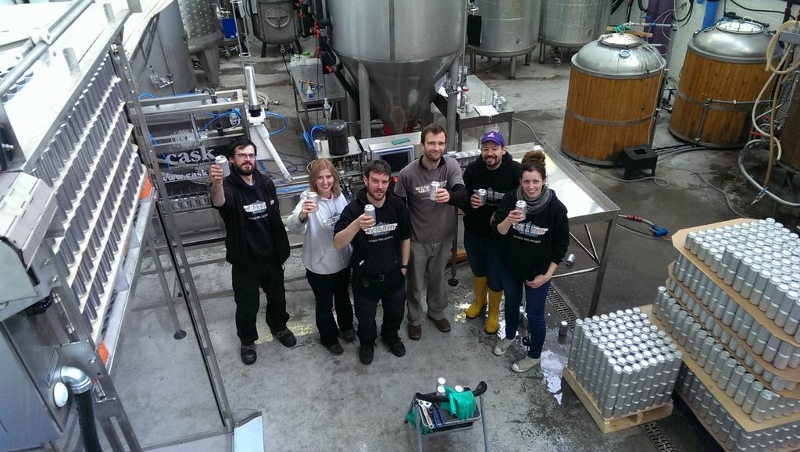 Metalman Pale Ale will be the brewery’s first canned offering, the beer will reach retailers by February 1, 2015. Fourcorners distributes Metalman’s beers. “Our distributor,” Walsh adds, “is itching to get the first few pallets of our cans.”

Canned craft beer is the hottest craft beer package in North America,” says Cask founder Peter Love. “It’s now taking off in the UK, the handful of breweries canning with our gear there are seeing rapid boosts in sales. We expect Metalman to see a similar quick success in Ireland with its pioneering cans.

Cask’s novel machinery made the canned craft beer revolution possible in the US and around the globe. In 2002 Cask made its first sale to a US microbrewer, Oskar Blues Brewery & Pub, in Colorado, USA. The first US microbrewer to brew and can its own beer, the tiny brewpub quickly became one of the fastest-growing breweries in the US.

According to the Brewers Association (the US trade group for craft brewers), today over 10% of America’s nearly 3000 small and independent craft brewers are canning all or some of their beers. CraftCans.com lists about 1500 canned craft beers from 418 US craft breweries, in a wide array of different beer styles.

Walsh says Cask Brewing Systems made it simple for Metalman to enter the microcanning segment. “Cask has a well-defined product and pricing structure, which made it very easy for us to assess the machinery they offer,” she says. “They were also very responsive and readily available if we had questions.”

“We were also able,” Walsh adds, “to visit breweries in the UK using the same Cask machinery that we were thinking of buying, and we visited them at different stages in their canning adventures. So that helped us make the decision as to which machinery to go with.”

We did look at other suppliers,” she says, “but they couldn’t tick as many boxes for us as Cask.

While Metalman will be a microcanning trailblazer in Ireland, Walsh feels her brewery’s customers are ready for full-flavored, small-batch beer in cans.

“A lot of groundwork has already been done by the microbreweries in other countries that can their beer,” she says, “and by the distributors that bring them into Ireland. Our distributor carries canned beers from Brewdog, Brooklyn Brewery and Beavertown, so their retailers are already familiar with the microbrewery can format.” 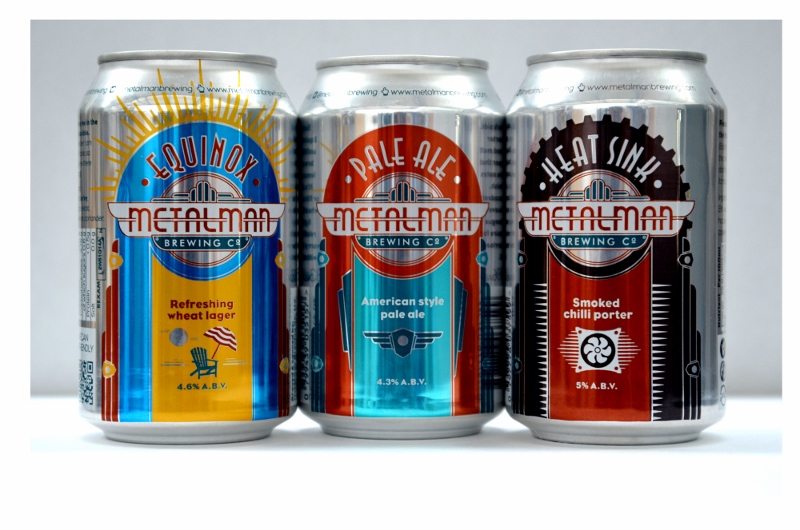 Metalman started in 2011 by contract brewing its beer at another microbrewery while Walsh built the brewery in Waterford. “It was just me to start with,” she says. “My other half, Tim Barber, took one for the team and stayed at his sensible money earning job for our first couple of years to pay the bills.”

In 2012 Metalman began brewing at its brewery and has completed two expansion projects since then. Metalman employs six people and produces about 15 different seasonal and one-off beers on its 6.5 hectoliter system.