Newburyport Pale Ale will be featured on Delta shuttles out of Logan Airport and three other airports. 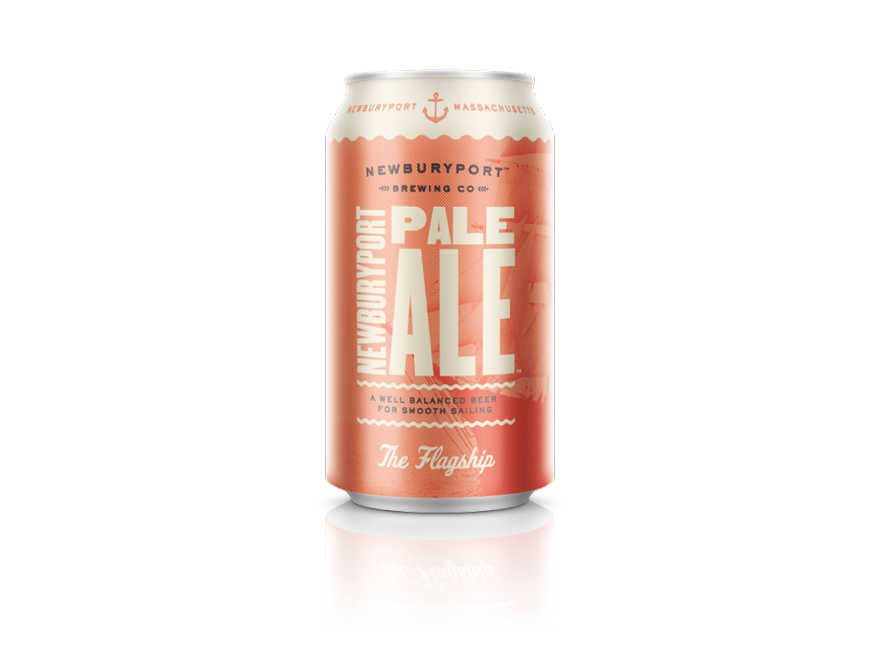 It’s been nearly two years since Bill Fisher and Chris Webb got their Newburyport brewing startup off the ground — and their beer is already headed up into the air.

Delta Air Lines has decided to carry Newburyport Brewing Co.’s beers on its shuttle flights that connect LaGuardia Airport in New York with Logan, Chicago O’Hare, and Reagan National airports as part of the airline’s effort to showcase regional foods and beverages.

The deal is a big coup for Newburyport Brewing, which only started making beer in April 2013 and brewed about 5,000 barrels in its first 12 months, according to Fisher. It’s a coup that was won, in part, because of Newburyport Brewing’s unusual focus. Unlike other craft brewers, Newburyport doesn’t sell its beer to consumers in bottles, just cans and growlers which can be filled up at the brewery. (The company also sells beer in kegs to restaurants.) Although a number of craft brewers — Boston Beer Co. and Harpoon among them — have started selling in cans in recent years, there are still many that don’t. One of the reasons Boston Beer started selling in cans last year was to get its Samuel Adams beers onto airlines, such as JetBlue.

As far as Delta goes, Long Island’s Blue Point Brewing also will be featured on the Northeast shuttles. Sam Adams is, in fact, carried on Delta flights as well — but not the ones that offer Newburyport and Blue Point beers. (By way of comparison, Boston Beer sold 3.4 million barrels in 2013.)

Webb first received an inquiry from a rep at Delta in the spring about possibly including the beers on the airline, Fisher says. They learned that they had definitely made the cut several weeks ago, and quickly went about securing a distributor for New York, he says. (This follows Newburyport Brewing’s first out-of-state expansion, into New Hampshire, last month.)

For Fisher and Webb, the Delta deal is obviously a big opportunity to sell more beer. But it’s also a great marketing tactic, and a way to draw more attention to the city they love. “It’s an opportunity for us to share a taste of Newburyport, as a brand,” Fisher says. “It helps us promote our hometown.”