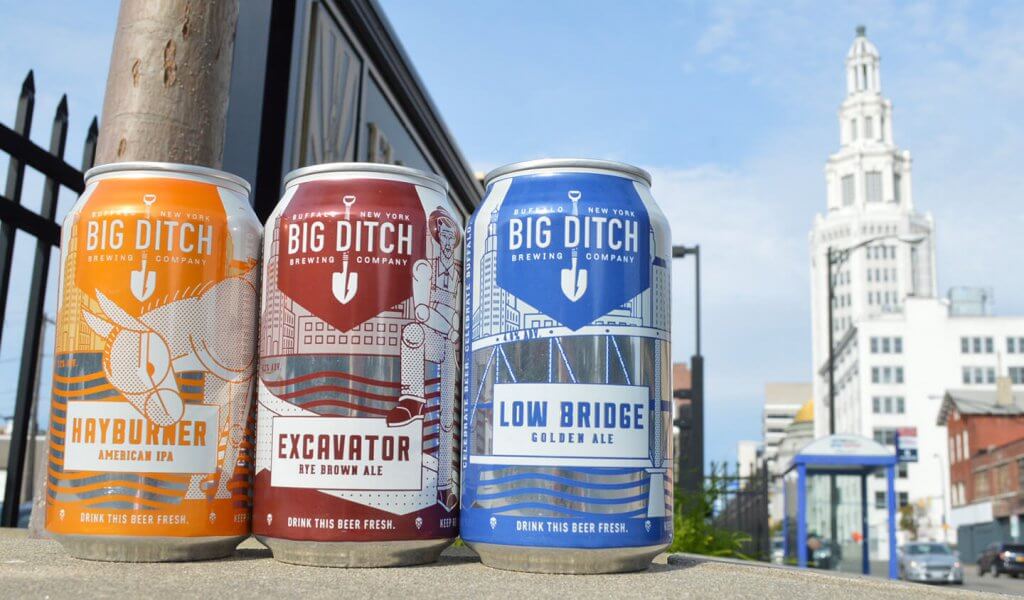 Buffalo, New York’s Big Ditch Brewing opened in October 2014 and quickly become a fast-flowing success. In just 18 months, Big Ditch hit its three-year goal of producing 5,000 barrels. The brewery — its name refers to the famed Erie Canal that made Buffalo a shipping hub and major city — earned rapid growth through sales of draft-only beers made with great care.

It starts,” says brewer and co-founder Matt Kahn, “with good beer and consistency. Myself and our head brewer, Corey Catalano, come from a biotech background where quality was the most important part our jobs. That has translated over to the way we make our beer.”

Kahn says the brewery’s growth was also powered by the wealth of events and beery outreach that he, Catalano and fellow co-founder Wes Froebel did in their market.  The opening of an adjoining taproom (in May 2015) and a distributor that provided stellar support were also vital to Big Ditch’s success so far. But booming draft sales led the brewery to postpone its plans to package its creations.

“Packaging our beer was always part of our plan,” Kahn says, “after first making good beer on draft and then opening our tap room.  People like bringing beer with them or drinking it at home.  Growlers are fun but they’re also limited for a number of reasons.”

We feel cans are ultimately better packages for beer,” Kahn says. “They’re better for preventing light exposure and oxygen ingress and thus we get better shelf life. There’s no broken glass, they’re easier and less expensive to transport, and easier to bring to outdoor destinations. Plus cans are just cool right now! We thought that if we chose bottles we’d be going in the wrong direction. 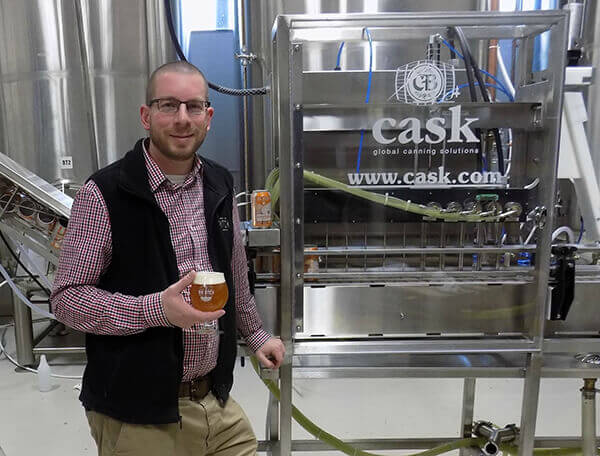 After doing its research, Kahn and his team chose Cask Brewing Systems as their #MicroCanning equipment supplier.

Cask is a clear leader in supplying canning lines to breweries of our size.” Kahn says. “The Cask ACS line does everything we need it to do, and we also knew many breweries that were using it successfully.  Cask gave us the best chance at success at the price point we were looking for.

Big Ditch’s decision on cans over bottles wasn’t welcomed by all of its fans, but Kahn and his team weren’t interested in “backward thinking” when it came to packaging. “Cans,” Kahn says, “have a story to tell, and we like telling it. Also, IPAs in cans seem to really get people excited, and we think we make some very good IPAs.”

The brewery released its first sixpacks of 12-ounce cans in late September. Those three signature beers —  Hayburner American IPA, Low Bridge Golden Ale, and Excavator Rye Brown Ale — are sold over the bar and in about 100 accounts in Western New York. More canned beers are in the works for next year.

Kahn admits that his team is new to canned beer and the impact of the move to a Cask canning system and cans hasn’t hit yet. But he expects to see the full effect of the move when warm weather returns and long past this spring and summer.

I think putting our beer in cans,” he says, “is one of the most important decisions our brewery has ever made.