The Australian Brewery (Sydney), the first microcanner in the country, launched its Cask machine in 2012.

Why are these breweries turning their backs on brown bottles? “Cans are a better package for the beer,” says Six String head brewer/director Chris Benson.

The beer is not affected by light or oxygen so it will stay fresher for longer. Cans are also much lighter than bottles so we get more on a pallet when we ship it around, saving us freight and fuel costs.”

“The outdoor lifestyle here is a massive part of why we went with cans,” says Colonial’s Justin Fox. “There are so many occasions where you can’t enjoy a bottled beer outdoors. It’s not an issue with canned craft beer.

Green Beacon Brewing’s Andrew Sydes likes the improved portability and freshness keeping, along with the retro charm cans offer. “It brings you back to the days when you first drank beer,” he says. “But now it’s really good beer in that can.”

Cans are also good business for craft brewers. In 2014 sales of US canned six-packs were up 97% compared to 14% growth of bottles.

Canned craft beer is the hottest craft beer package in North America,” says Cask founder Peter Love. “Someday that will be the case in Australia. We just placed our first machines in several European countries and the response to canned craft beer there has been huge.”

“Packaged beer is a large part of sales in Australia,” Love adds. “Our canning machines give small brewers an affordable way to package their beer. And it allows them to put their beer in a package that’s portable, infinitely recyclable and gives their precious beer the ultimate protection from light and oxygen.

Cask Brewing Systems invented the canned craft beer concept. In 2002 Cask sold its first tabletop machine (it filled two cans at once and seamed one can at a time) to Oskar Blues Brewery & Pub in Colorado. The first US microbrewer to can its own beer, the tiny brewpub became a fast-growing success, growing from 700 barrels/year to 149,000 barrels/year in 12 years. Today over 300 of America’s 3000-plus craft brewers now can all or some of their beers. 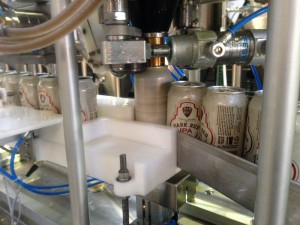 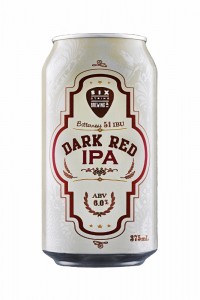 Cask’s machines are especially affordable and compact, requiring as little as 16 square feet of space. They also provide an extremely low level of dissolved oxygen (15−20 parts per billion) that extends the shelf life and protects the flavor profile of the canned beer.

Cask’s history and expertise with micro-canning is important to Australian brewers. “For us it was the reputation Cask has in the craft canning industry,” says Benson, “along with the build quality and ease of use of the equipment.”

For Green Beacon’s Sydes, “Cask’s experience was very important for us. The machine had to be reliable, especially with us being so far from the manufacturer. It’s working really well for us.”

Green Beacon’s cans were released in November and are selling fast. “Our cans are already about 25% of our sales,” Sydes says. “They’re very popular, it has been ‘all hands on deck’ since we started canning.”

Colonial just released its four core beers in 375 ml. cans. “They are now on shelves,” Chris Benson says, “but they don’t stay on them for long. We are already struggling to keep up with demand.” 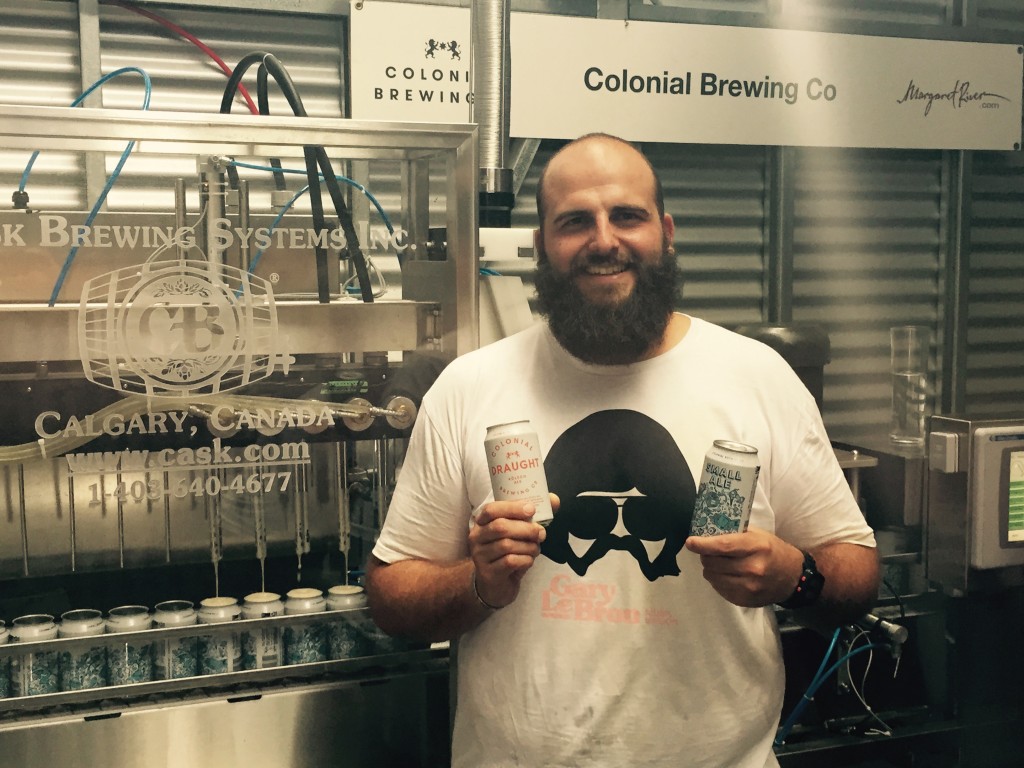 “Consumers definitely need education about cans,” says Colonial’s Fox, “but it’s not a hard process. Once we cover the benefits to the beer, the recycling and transport advantages, as well as more efficient use of Esky space and how quickly cans cool, people begin to come around. Then they take a sip and they are officially converted!”

See the full story at: http://www.brewsnews.com.au/2015/03/casks-craft-beer-micro-canning-equipment-sweeps-across-australia/