CANarchy in the UK 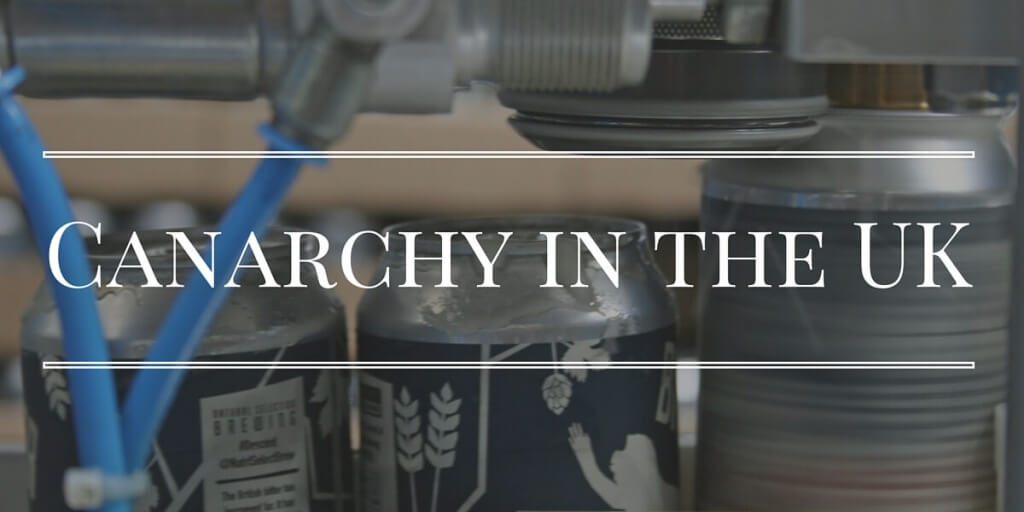 It was the craft beer equivalent of the Sex Pistols’ release of “Anarchy in the UK” in 1976. In May 2013, London’s Camden Town Brewery defied the status quo by releasing a full-flavored beer in the most reviled package a small-batch brewer could use: the aluminum can.

“Early in 2014,” Fourpure co-founder Daniel Lowe recalls, “we were the very first UK-based craft brewery to start canning its core range. This was crucial for us as a differentiator in a market of brown glass.”

In our first month,” he says, “our cans doubled our historic bottle sales. The second month they quadrupled them.

Fourpure reaped more than sales for its move. “Customers expect their beer to be fresh and flavorful,” Lowe says. “With their protection from light and superior seal, cans help us give our customers beer that’s in the best possible condition.”

The IBC beers were judged in a blind tasting,” Merrick says, “and our cans absolutely played a role in us winning the awards. It was revolutionary and it really showed a changing of the guard. Cans are the wave of the future.

Yorkshire’s Rooster’s Brewing added cans to its lineup about 18 months ago, packaging its three core beers on a Cask SAMS line. Co-founder Ian Fozzard says the move boosted sales on all levels. “We’re selling everything we can put into cans,” he says, “and the cans have helped us expand into kegged beers and increase our cask sales as well. Our overall sales are up 20% and the can sales are up even more.”

Andy Hughes of mobile service WeCan Solutions launched his company in January 2015 with a Cask SAMS machine. His optimistic expectations for micro-canned beers were tempered by the history of canned beers in the UK.

Cans,” he says, “had always been associated with budget beer drank by older men. So we worried that consumers would turn it down. But that’s not been the case and we’re taking the UK by storm.

“The craft beer market,” Hughes says, “is younger and drinks for flavor, not to get drunk. These modern consumers want a modern beer package, and they see the can as a premium quality package that gives their beer the best protection for that flavor.”

To keep up with demand, Hughes has ordered two more Cask machines and is expanding his service into Ireland and Holland. He expects his form of beer-culture overthrow to double its canning volume in 2016.

We couldn’t have done this without Cask Brewing Systems,” Hughes says. “Their technology, expertise and service have been fantastic. And the fact that we’ve gotten so many repeat orders from our customers is testimony to the quality of the Cask canning lines.

Want to carry out your own brand of canarchy and join the micro-canning revolution? Contact Us for more information.